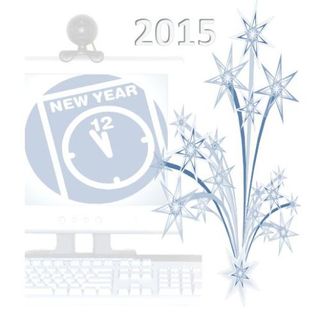 Federal Government Institutes Affordable Internet Reform for all Americans – Finally the government has realized that the internet has become a necessity, especially for all school age children at home. Studies and tests will be done for the rest of this decade. A new government website will be up and running by the end of the following decade, with testing done by current internet suppliers for the decade after that. Full implementation will take place by 2050 covering wired connections only. States electing not to participate must have a plan of action by 2075.

Teachers Forced To Rewrite Web Literacy Curriculum After Legitimate Discovery Of The Pacific Northwest Tree Octopus- It would just be fun to see one of those fake sites actually become a reality. I chose the Tree Octopus because I am not sure if cats and bearded men will ever find a resolution, whales may consume to much of Lake Michigan’s habitat, and dihydrogen monoxide still makes me laugh!

Government Officials Suggest Novel Approach in New Bill: Allocate Adequate Funds To Facilitate Educational Mandates- Wow, there really is more to educational legislation than passing laws. Many politicians also call for an investigation on who may have made all of these educational mandates. This could turn into an interesting process! It was declared there will be no blaming. Several legislatures almost ran into some flying pigs while leaving the general session.

Elearning Days To Replace Snow Make Up Days – Schools across the deep south have embraced the idea of snow day make up using elearning. It was a wide open road that all parties could agree on. States to the north said it may take a while for them to warm up to this idea. The course of action will not take place until the Affordable Internet Reform Act takes place in 2075. Northern states said the climate maybe better at that time for them to reinvestigate. There was no time left for politicians to address Global Warming Legislation in the current session.

Internet Filter Companies Reinvent Themselves As School Officials Learn That Blocking Internet Content May Also Be Blocking 21st Century Learning-While there needs to be a practice that protects children as they use the internet, many schools have bent over backwards trying to make the collaborative environment all but impossible for students and teachers. An unsuccessful search attempt was made to provide further research on this subject.

New Government Energy Study Finds That Educational Textbooks Could Be Useful As A Major Source Of Fossil Fuels – Finally an amazing plan that suggests that our vast supply of textbooks are useful after all, and could lead to energy independence. It was stated later in the article that student backpack manufacturers will lobby against this effort.

Federal Government Goes Beyond Declaring Recession Over By Stating It Is “Officially Over”… Predicts That Education Should Feel Positive Impact By End Of Century – The article continues by stating, “We may have never really had an actual recession but just a period of fewer jobs.” The word “Recession” could no longer be defined since the last Textbook had been used as fossil fuel and someone had blocked search engines from the school internet filters.

A New Study Suggests That Online Student Collaboration Be Supported In Schools… Claims That Students Can’t Learn It All On Facebook – I am certain at least one of the people in this study attended a presentation on Digital Immigrants and Digital Natives. It really is true, Digital Natives need guidance from Digital Immigrants in order to work effectively in a Digital World. Now, did someone tell the filtering companies!

The Number One Education App Already Available In Every Classroom– The number one education App was selected by multitudes of students, and those who had ever been students. Unfortunately, this App is not available in the Google Market Place or Apple App Store. The App can only be found in classrooms across the world. It is of course… our teachers. No amount of electricity, technology, internet, or ones and zeros could ever match the effectiveness that a real teacher brings to education. This article sends out big word of appreciation to all those dedicated and amazing educators across the world. Thank you!

I have included an eleventh headline below. It is one that I will make sure is posted every year!

World Wide Effort Placing Education And Children As Top Priority Results In Movement Toward “Peace On Earth - Not only does this effort result in world peace, but health, energy, environment, food, and poverty are also addressed! No further editorial needed!

Michael Gorman oversees one-to-one laptop programs and digital professional development for Southwest Allen County Schools near Fort Wayne, Indiana. He is a consultant for Discovery Education, ISTE, My Big Campus, and November Learning and is on the National Faculty for The Buck Institute for Education. His awards include district Teacher of the Year, Indiana STEM Educator of the Year and Microsoft’s 365 Global Education Hero. Read more at 21centuryedtech.wordpress.com.