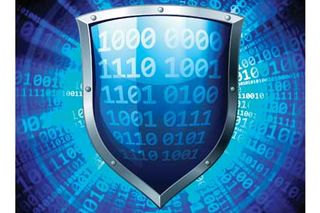 One of the liberating aspects of the internet – but also one of the more dangerous ones – is that people can hide their identity or take on a different persona entirely.

That's liberating, because, as the old saying goes, "On the internet, nobody knows you're a dog." If your gender, race or the way you talk are hidden, you experience none of the prejudices that you might experience in "real life".

It's dangerous because, without doing some checking, you don't really know if the person you're talking to is who they say they are. And even if you know that they are your "friend", in the Facebook sense of the term, you cannot be sure that they will behave in a way you'd expect of a real friend.

This all comes down to a question of identity. Who are you, and what aspect of yourself are you trying to project? Who is the other person really? I think there are several fascinating avenues of discussion to be had here, but I'd like to digress for a moment to say that the same problems occur in real life too.

A few weeks ago I visited a coffee shop, and the girl who served me had a badge with an Eastern European-looking name on it. I asked her how she pronounced it. "Oh no", she replied. "This isn't my name. My name is Paula. But I've lost my own badge so I just picked up this one as it happened to be lying around!"

If we can't even rely on a waitress's name badge to be true, what chance do we stand on the internet?

Long before the internet was even conceived of, a Persian folk hero known as Mullah Nasrudin was grappling with this matter of identity and proof. The stories involving him were intended to convey some important life lesson, and in one of them Nasrudin finds himself in a town that he has never been to before.

He rushes into a store and blurts out to the owner:

"Have you ever seen me before?"

The owner responds, "No".

In his book Learning With E's*, Steve Wheeler devotes a chapter to "Digital Identities", and it makes for a fascinating read. In that chapter he quotes an English blogger, José Picardo, who says that he manages his identity because "If I don't manage it, someone else will."

It seems to me that this is a good way of thinking about this stuff. What we tend to do is exhort kids to not do anything silly, or that they would be embarrassed about if their grandmothers found out about it. But that is to do with their behaviour, rather than about them. Perhaps to make it really personal we should ensure that, from as early an age as deemed to be feasible, students are given their own (real name) domain name and, as soon as they are legally eligible, their own social media names too.

Giving students their own domain name is a good thing to do because it's saying to them: "Here you are; your name is now yours on the web too. Use it wisely and with pride."

But why wait until they are leaving high school to do so? Surely students should have their own domain name as soon as they start elementary school? They have grown up with their real name; why should having a domain name pose any problems?

I should not like to suggest that giving students their own domain name will result in online safety problems becoming a thing of the past. But I do think that giving students a cast iron link between them and their behaviour, via their name, will be a huge step in the right direction.

Terry Freedman is an independent educational ICT and Computing consultant in England. He publishes the ICT in Education website at www.ictineducation.org.