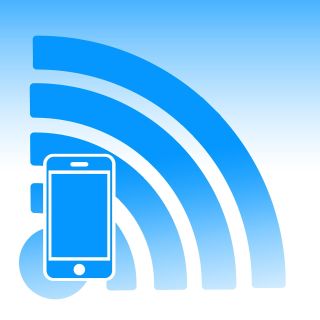 If you’re reading this and don’t know what RSS is you likely also don’t recall the term “Web 2.0“. Really Simple Syndication for me was the poster child technology for the era where the early internet began to shift from a place where only certain folks with technical skill and software could contribute to the web to a place where user-generated content was now dominant and more importantly, anyone could easily interact with that content. RSS allowed you to subscribe to specific content and people.

One of my early blog posts tried to articulate the power of this technology by using the metaphor of a “research team.” Other educators curating, thinking and sharing ideas that were useful to me. All I had to do was click a subscribe button and whenever I had a moment could go to my aggregator Bloglines, Google Reader (which was still the best) and currently Feedly and see any updated or added content. While those of you who have never used RSS in this way, I can’t describe how magical and amazing this technology was. Suddenly I was being introduced to really smart folks doing really interesting work and they were just giving it to me. I recall a few years earlier I had been to a conference and the speaker invited folks to sign up for his newsletter and he described it as having the best people in the world finding the most current educational research and having it sent to your inbox once a month. That’s essentially what I was able to do except I chose who was on my team and what topics they were to research. This journey started in 2004.

[Still Amusing Ourselves To Death]

Fast forward to 2014. I was asked to create a course on sustaining digital literacy. The course is a few key principles including these:

It’s that last one in particular that this post references. I have included a module on RSS to allow my students to create their own research teams on topics of interest. Because I’m old, I still have my students set up Feedly accounts and plug in the RSS feeds of their classmates and hopefully add other blogs to their feeds as well. And like blogging, I realize only a handful will continue but I want to expose them to the power of sharing their own research/learning via blogging and how to find others who do as well via Feedly.

This term I received this bit of feedback:

I think that Feedly and the RSS feed seem to be too much and becoming outdated. With current social media, I would most likely receive alerts when people/groups that I am following have updated posts.

And I think it’s true. I don’t use RSS the way I did in 2004. That said, I remember reading that blogging was dead ten years ago. And while it’s maybe not trendy, many educators have seen its value and maintained a presence. Apparently, RSS has some valid uses as well but like most everyone, I tend to use social as a place to find new and emerging ideas. But I also think using Twitter and Facebook to haphazardly find content lacks intention and depth. I also value reading a person’s blog over time to understand better their voice and context. So I’m asking for some advice on how to update my module on finding research. What replaces RSS feeds? What works for you that goes beyond “someone on Twitter/Facebook shared….” to something that is more focused and intentional?

Here’s hoping I have a couple readers left who do this thing where they’re brave enough to leave a comment.