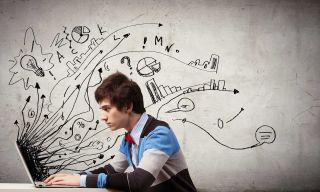 Is the free ed tech era dying? I am starting to think the realities of the business are moving the answer to that question to yes, and I think we may be at the end of an era that can best be summed up as ”The Imagine K12 Era.” When and if that era truly does end it's going to bring the failure of a host of everyone's favorite startups, and we are going to have to start asking, ”What’s Next?.” Unfortunately, what may be next is the same as all the other tech industries: an over reliance on the big 5 (Apple, Google, Microsoft, Facebook, Amazon)

Well, what is Imagine K12, and why do they have to do with education? Imagine K12 is a startup incubator out of California based on education. Their success rate of companies is incredibly high as they helped start Class Dojo, Plickers, Remind, Padlet, Blendspace, Educreations, and a WHOLE host of others. Basically, if you are using a free product from a startup, there is a good chance that it started with Imagine K12. There is one big issue for most of them though: revenue.

Many teachers look at companies that come with a free product and think, “This is AMAZING!”, but what many of them don’t consider is that the company will eventually need revenue to continue to exist. Imagine K12 companies, for the most part, are built off a model that ask them to get a huge user base first. They then fund the first years through venture capital. The problem with that though is that eventually the funding runs out, and the investors are going to want some return on investment. That means companies have to have REVENUE, and I think several of the Imagine K12 type companies are struggling to find it.

When you start by building a user base, the only real way to get revenue is finding a feature or set of features that people would be willing to pay for. Going back on what you told your original set of users by adding limits never goes well, and unfortunately, Padlet is finding that out first hand. Just this week, they told their users that they were adding some additional limits to their free accounts in an effort to move people to the paid version of the product. The pushback was swift and fierce. I don’t fault them at all for adjusting their plans to bring in more revenue, but most teachers don’t see Padlet as a business. They see it as a teaching tool that was free and now is not. That’s a perception that is incredibly hard to push back against.

Do I think all of the Imagine K12 companies will fail? I sure hope not, and I think there are a few who are moving smartly into places of revenue. Most of those companies have also been incredibly tight with funds (example… not having booths at conferences) and may have a bit of a longer runway before they are desperate for revenue.

Class Dojo is the first that comes to mind. They started with a base platform built on building up soft skills, but they have also slowly branched into other things like Class/Student stories and content around things like Growth Mindset. As they continue to expand these additional features and tools, they also bring opportunities for revenue. They can continue to expand the ability of stories, and move it into something that amounts to more of a digital portfolio for students. That might be something that districts would be willing to pay for.

Another company from Imagine K12 that I think is moving in the right direction is Formative. Formative is an assessment platform that gives you a ton of question types and formats to see what your kids really know, and what they have done that was smart was hold back all of the data and analytics. They can now offer things like full school and district data for analysis behind the paywall. Basically, they have a tool that teachers can use consistently with features that they can generate revenue from.

I think that we are basically at a breakpoint. The only companies that will continue to survive are ones who have something that you can use consistently (like content delivery with Nearpod), have a freemium structure where you hook people and then have features they will automatically want, and one where the big boys of tech don’t have a competing product. That’s asking a WHOLE lot. The flip side is that if we don’t get companies who can meet all of those requirements, our only other option is to depend on the big boys (Apple, Google, Microsoft, Amazon and Facebook) to innovate. They aren’t going anywhere because their goal is more about building brand loyalty for future users. The open question with all of them though is, “Do they care enough about the education space, to be creative?”