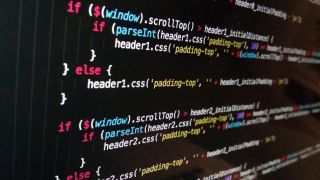 Celebrating its 6th year, the Hour of Code is an annual international event aimed to get more students interested in computer science. According to Code.org more than 835,198,455 students in more than 180 countries have participated over the last 6 years. More than 53,000 events are registered for the 2019 event, which takes place during Computer Science Education Week December 9-15.

Hourofcode.org has compiled activities for learners of all ages, including pre-readers, and participants will see familiar names like Barbie, Minecraft and Star Wars. Many of the activities provide tie-ins to subject areas like ELA, Math, Art and Music, Science, and Social Studies, so every educator can find ways for students to participate. In addition to the web based activities, there are extensive unplugged activities that can be use with students if technology access is a problem. Students can learn the foundational computational thinking skills by being introduced to concepts like logic, sequencing, problem solving and more.

In addition to the more than 100 activities listed on the Hour of Code website, there are also a variety of products that can introduce students to the fundamentals of computational thinking and computer science. From unplugged activities (no computer or tablet required), to robots, programmable boards, and extensive kits - there are a variety of products to excite students about coding.

CoderBunnyz (ages 4+, $34.85) is a board game invented by an 8 year old girl to teach computer programming to people of all ages. Making computer programming accessible to all ages wasn’t enough for young inventor Samaira, who worked with her brother to invent a game to teach students basic Artificial Intelligence (AI) concepts such as training, adaptive learning, recognition, autonomy, along with basic coding concepts. CoderMindz (ages 6+, $39.85) is a 2-4 player game that offers 6 levels of play to match age and skills that asks students to train a robot in image recognition.

ThinkFun’s impressive line of award-winning games include both single and multi-player, and build computational thinking skills for players of all ages. ThinkFun offers games specifically targeting coding and programming like the //CODE programming series - including One the Brink, focusing on logic, Rover Control, to teach sequencing, and Robot Repair, which introduces debugging (all for ages 8+, $14.99 each), as well as Robot Turtles for beginner logic (ages 4+, $24.99), Code Master, also introducing logic (ages 8+, $9.99), Potato Pirates to learn loops and conditionals (ages 7+ $14.99) and Hacker (ages 10+, $24.99) to introduce concurrency and security mindset. ThinkFun also offers games that build computational thinking skills such as Clue Master, a logic game (ages 8+, $9,99), as well as two new games: Invasion of the Cow Snatchers (ages 6+, $29.99) which asks players to collect cows using a magnetic UFO while avoiding various obstacles - building logic, problem solving, sequencing, visual perception and reasoning skills-  and Thinking Putty Puzzle (ages 8+, $29.99) which challenges players to “connect the dots” without crossing paths building logic, problem solving, visual perception and reasoning, critical thinking. Both of these games are single player, but students can be paired up to problem solve together and harness the power of social learning.

Terrapin Logo offers a line of robots that allow for both plugged and unplugged experiences. The Terrapin lineup includes Bee-Bot (ages 3+, $89.95), Blue-Bot (ages 3+, $119.95) and Pro-Bot (ages 3+, $149.95), which introduce students to basic programming and logic. Bee-Bot is the most basic robot, which is programmed using buttons on its back. Blu-Bot also uses buttons, but adds Bluetooth capability which allows for block coding, and coding via Terrapin Logo, as well as coding using the Tac-Tile-Reader accessory. Pro-Bot increases functionality with the button programming by adding the ability to program sequences and conditionals, as well as sound and touch sensors. Added to the lineup is InO-Bot ($199.95), which is programmed using the Terrapin Logo environment, with features that allow it to draw on paper or a whiteboard and raise and lower the pen with commands. It also includes LED headlights, RGB running lights, and sensors for light, sound and proximity, as well as a line follower.

Let’s Start Coding is a line of hands-on electronics products that introduces students to text based coding using C++. The company has updated their original kits Let’s Start Coding Base Kit 2 (ages 13+, $69.99) and Ultimate Kit 2 (ages 13+, $124.99) which offer complex opportunities. Code Car (ages 8+, $45) allows students to code a car shaped microcomputer, and Let’s Start Coding has introduced three additional beginners kits. Code Speaker ($19.99) is a small programmable speaker that can play notes and sound effects and comes with 12 online projects such as a random tone creator and Morse Code messages. Code Rocket ($44.99) is a programmable rocket ship with onboard speaker, lights and buttons and includes 20 projects. Finally, Code Piano ($34.99) is a programmable board that includes 8 programmable buttons and a mini speaker, and projects such as classic 8 note piano and more. All products require a computer and an internet connection to code.

If your students are ready for more advanced coding projects, you may consider products that combine programming and physical objects. Thames and Kosmos brings coding to life, allowing students to build their own robots before they are programmed. Building on the popular Kids First Coding and Robotics Kit (ages 4+, $129.95) which introduces coding concepts by asking students to build friendly robots in the shape of peanut butter and jelly sandwiches, penguins and others and program them using code cards and an optical scanner, Thames and Kosmos has released a Challenge Pack (ages 4-8, $24.95), with the pieces required to build new models such as a bulldozer, plow, scissor lift and more to add to the engineering and programming challenges. Thames and Kosmos also offers more complex building and coding kits with Robotics Smart Machines (ages 8+, $134.95) which combine physics, engineering and programming. This year Thames and Kosmos released the new Track and Treads edition (ages 8+, $134.95) of this popular kit, which includes 8 new robots that move using tank treads. Both editions include illustrated manuals that introduce students to the concepts behind the builds and programs.

Microduino, the creator of Itty Bitty City (ages 8+, $139.00), which runs using mCookie (ages 7+, various prices) and mPie (ages 7+, $109.99) all designed to make engineering and coding accessible to younger audiences, has released Itty Bitty Buggy ($69.99). Itty Bitty Buggy allows students to build their own robot which can be programmed in a variety of ways including with mDesigner (based on Scratch), Python, and Arduino (C++). The kit includes five projects for students to complete and an expansion kit ($19.99) with additional parts for 3 more builds.

Add on to the littleBits Code Kit (ages 8+, $299.95), which uses a drag and drop environment paired with littleBits to teach students basic computer programming by building their own games, with two new expansion packs. The Computer Science expansion pack (ages 8+, $149.95) includes 9 bits and 15 accessories along with six lesson plans to build interactive art displays and digital pets. The Technology Expansion Pack (ages 11+, $149.95) includes 13 bits and 10 accessories and includes lessons that ask students to build projects like a self-driving car.

The HyperDuino shield (ages 7+, $49.95) can be added to an Arduino or other Arduino compatible board, and helps students create interactive posters and displays by combining physical products with coding and multimedia. The creators of HyperDuino, 1010 Technologies, continue to improve the product, which now supports mBlock 3.0 and is working toward mBlock5.0 support as well. The HyperDuino+R board ($49.95, ages 7+)  adds additional support for robotics projects involving motors, sensors and actuators.

The BBC micro:bit (ages 7+, $16.50) is an open development board that allows students to explore multiple programming languages and interfaces as they design their own creations.

No matter your students’ comfort level with coding and technology, there are a myriad of ways to introduce coding and computational thinking in the classroom during the Hour of Code. From online activities to offline board games, developing the skills necessary for complex problem solving are more important than ever. Coding does not have to be scary, and the Hour of Code is the perfect time to show that to students.