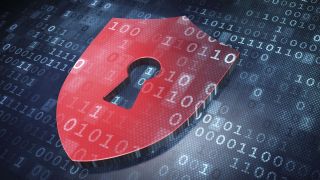 At a recent meeting in Washington of the Security Industry Association, administration officials, legislators from both parties, security-company executives, and industry lobbyists discussed the influx of security service sales pitches schools are currently receiving. School shootings are making schools across the country nervous as they try to respond appropriately to concerns from parents. In Littleton (CO), 19% of schools were equipped with security cameras in 1999-2000. By the 2015-2016 school year, 81% of schools had video surveillance. The percentage of schools controlling access to their buildings has also risen from 75% to 94% during the same time period. A recent poll from Phi Delta Kappa International found widespread support for school security measures like armed school police and metal detectors. Since a majority of schools now have some surveillance equipment, fewer districts are entering the market for the first time, so companies are now marketing the next generation of school safety products, like scanners that track license plates and high-security doors. Critics say that efforts to harden schools are driving attention (and money) away from other interventions like mental health screenings, behavioral supports, or even gun control. Civil rights groups and other critics have raised concerns about pervasive surveillance, which is deployed disproportionately to schools that serves high populations of students of color. The American Civil Liberties Union argues that facial recognition technology is “notoriously inaccurate” and could lead to students being punished for offenses they didn’t commit. Relying on costs from the recent security upgrades in Littleton, the Partner Alliance estimates it would cost a district about $170,000 per high school to implement the most basic tier, bringing the price tag to an estimated $11 billion for all campuses across the country. For a district to implement the most sophisticated security systems outlined by the group, it’d cost an estimated $540,000 per high school, or nearly $36 billion at all schools nationwide.