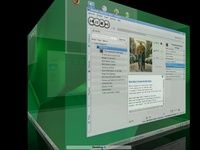 Despite the last few years’ growth in awareness of open-source software in schools and the potential savings it represents, its widespread adoption is still hampered.

Randy Orwin, technology director of the Bainbridge Island School District in Washington State and a strong open-source advocate, cautions that installing an open-source infrastructure is neither easy nor cheap. Linux management tools are not robust enough to handle thousands of desktops, he says, and this leaves IT directors to deal with the complexity, either at the back end or on the desktops, depending on the configuration. “I don’t know any large-scale implementation that didn’t cost a chunk of change to get there,” says Orwin. “It’s much more difficult than people realize.”

On a local level, it’s often tough to convince skeptical officials to switch to open source, especially to products that directly affect desktop users. Orwin persuaded Bainbridge Island’s technical advisory committee to try open source by dangling a financial carrot. The committee agreed to switch from Microsoft Windows to Open Office after Orwin proposed spending the $65,000 they’d save on software licensing on technology training, for which there was zero in the budget. To date, Bainbridge Island has conducted very targeted, job-specific training sessions for three consecutive summers. “The big stumbling block is not the software; it’s changing the attitudes of the end users,” the majority of whom have now been won over, he says.

Despite his strong open-source advocacy, Orwin points out that this software has its limits, particularly the lack of open–source curriculum materials, a gap vendors tell him is 18 months away from being filled. “We need to use what’s best for teaching and learning,” Orwin says. “Open-source [curriculum] applications aren’t on the same playing field. That’s the biggest hurdle in moving over all our desktops from Windows.”

Another hurdle is the pervasive presence of Microsoft Office. “If you have templates, training, and curriculum built around Microsoft Office, you can’t just snap your fingers and switch,” says Steve Hargadon, director of K–12 technologies for the Consortium for School Networking (CoSN). “Typically, open-source adoption occurs when there is no existing [proprietary] solution.”

Challenges to learning aside, Orwin’s guideline is to use as many open-source or cross-platform applications as possible, he says, so that when the district eventually converts to an open-source operating system, the changeover will be invisible to users.

Most schools now use open-source software use primarily in back-office functions, such as the Apache Web server and Drupal content management for Web sites, says Hargadon. It’s slowly becoming more visible in schools, however, in applications such as the Firefox browser, which requires minimal user adjustment, and Moodle, the popular Web-based open-source-curriculum alternative to Blackboard, which many schools simply cannot afford, he says.

“Moodle has bridged the chasm,” Hargadon says. “Everyone might not be using it yet, but there isn’t a district IT director who doesn’t know about it.”

Finances, though, remain a strong incentive to at least explore open source. Hargadon estimates that typical districts can save $60,000 to $200,000 a year in software-licensing fees by switching to free open-source alternatives (not all open-source applications are free, remember), including Open Office word-processing and spreadsheet programs. But switching to open-source desktop programs that impose change on most users can face major resistance, he says.

Yet another hurdle looms for districts thinking about a switch to open source: expertise. It’s clear from numerous interviews that the technology director must be a champion of open source—not just a champion but also a Linux guru, adds Orwin.

Even Orwin is stumped as to how to eliminate the need for double log-ins from a Linux desktop (once to the desktop and again to the network) to access home folders without going through a Web browser. Striving to make the Linux experience as Windows-like as possible, Orwin has hired consultants to fix the problem by means of custom programming this summer. “It’s hard to describe the quirky things we deal with on a daily basis,” he says. “It’s probably not any harder than any other network operating system, but it is not as well known and requires a different skill set.”

What to watch for
According to Steve Hargadon, director of K-12 technologies for the Consortium for School Networking (CoSN), and other school technology directors, several trends are emerging on the open-source front. Go to techlearning.com to access the author’s bookmarks:

• Although it started behind the scenes, in back-end operations, the use of Linux and other open-source software in schools is growing and will accelerate in the current tight fiscal climate. Not only is it being used in more schools, but leading schools are using it to enrich education, enabling students to do new things that costly proprietary software puts out of reach.

• Open-source software really is cheaper—it’s often free!—but it has to fill a gap or meet a practical need to convince districts to switch. Often the lack of Linux-based course materials, users’ opposition to change, and the lack of a local Linux champion/guru outweigh the promise of saving money. Even IT staffs can be roadblocks to open-source adoption, especially in big cities.

• There appears to be a growing education-based open-source ecosystem. There are more opportunities to share information and expertise (Hargadon’s Open Source Pavilion at National Education Computing Conferences and the hands-on summer workshops of Vassalboro [Maine] Community School’s David Trask, for example) as well as a growing group of consultants, like Quebec-based Revolution Linux and Resara LLC in Keene, NH, that can provide turnkey Linux support for school districts.

• Innovative schools in Brazil, Spain, and, to a lesser extent, Michigan City, IN, are using free open-source software not only for back offices and desktops but for normally costly IT infrastructure implementations, such as centralized software deployment and upgrades, disaster recovery, and other functions for thousands of desktops. Michigan City, an early adopter of Indiana’s Access 1-to-1 desktop initiative more than three years ago, opened a brand-new elementary school in January that runs entirely on free open-source software, and it will open a second one this summer.

Code to Go
For Michigan City, IN, students, getting free software is as easy as withdrawing money from an ATM machine. They simply visit the school’s custom-made six-foot Freedom Toaster, select one or more open-source applications from the touch screen, insert a CD, and burn the software onto the disk.

“We believe open source is the best solution and want to make our community aware of what Linux and open source can be,” says Kevin Maguire, Indiana’s school technology director of the year and Michigan City’s self-proclaimed Freedom Toaster community advocate. “We offer this because we live in a high-poverty area and it allows students to burn [free] software much faster than downloading it on dial-up connections, if they even have dial-up.”

Large-scale deployments like Michigan City’s are rare. Also unusual, although apparently growing in number, are schools that are teaching students not just to run open source but also to learn open-source applications and to write programs of their own.

Jeff Elkner, a computer-science teacher at Governor’s Career and Technical Academy in Arlington, VA, likes to get students involved in real-world projects and prefers open-source software because there are no restrictions, he says.

For example, some of his students used Python open-source programming language to write CanDo, a massive Web-based application for tracking several student competencies, which the state of Virginia will launch in April. They also helped convert a computer-robot project from Pascal programming language to Python, he says, and will modify the code to run on Sugar, the open-source operating system for One Laptop Per Child.

“By the time they graduate, the students are professionals,” says Elkner.

Although Elkner used to be a “lone eccentric” when he began teaching open-source software a decade ago, his classes aren’t as unusual these days.

“The rest of the world is catching up,” he says.

2) Dan's Guardian Internet filtering and proxy services: This projects replaces the customary subscription model filtering system with and "add on" module to the popular SQUID Internet proxy and cache system deployed with every major Linux distribution and frequently installed on commercial Web sites.

4) openBiblio: A library automation system that is flexible enough to handle DVDs, online, or e-book subscriptions and credentials, and a list of other tangible and intangeble learning assests.

5) Joomla: an easy-to-manage replacement for the traditionally farmed out, usually static, one -directional, Web page most schools project. It presents a very easy to understand word processor interface known as a WYSIWYG editor (What You See Is What You Get) that make it very easy for a teacher to learn to modify their Web presence with a few minutes a week, or day, to keep the public informed as to assignments and events.

6) Moodle: This project replaces products like "Blackboard" and makes it possible for small private and public schools to offer an online classroom. It works like many of the modern social networking sites yet is very organized and manageable like a real classroom.

7) openSIS: an open source student information system that costs $1 or $2 per student.

*Courtesy of the openSUSE Education project