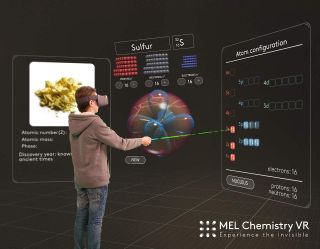 Editor's note: Google has recently announced it is scrapping its VR projects leaving educators questioning the place of this technology in the learning environment. Virtual reality (VR) expert and global conference presenter Kai Liang unravels the findings of this news report and sheds light on the reality of virtual reality.

Proponents of VR believe that it is an excellent educational tool which allows students to play a more active role in learning by exploring and manipulating three-dimensional, interactive environments that create a feeling of ‘being there’; especially beneficial for concepts that can’t be ‘seen’. Taking chemistry as an example of one curriculum area, rather than trying to understand atoms from a textbook, using VR, students can ‘fly’ inside various molecules, making invisible atomic and molecular concepts visible and experienced on a human scale.

I play an active part in the majority of EdTech developments in China, Australia, Romania, UK and South East Asia. In China in particular, the government is committed to VR in education. With all this in mind, I was interested in finding out more about Google’s perceived move away from VR production. Of course, as with many news items, the headline doesn’t tell the full story.

At first glance, the headline suggests its move away from VR is because it doesn’t believe in the benefits of the technology. However, when you read further, the report actually stated that it was simply a case of its VR hub funding coming to an end.

Google’s decision to move away from VR hardware development was also not based on its lack of belief in the power of VR in education; it was because it doesn’t see a future for smartphone-based VR in a box, and I agree with this. The second reason is an age-old problem that we see too often in education: it’s not a big enough audience to attract these multi-national giants. The current uptake of VR in schools is gaining good speed, but this is simply NOT comparable to the quantity of business Google expects in the consumer space.

When I started out in the VR space, there were more than a hundred VR content developers in China; these companies were trying to be everything for everyone. Unsurprisingly, today, this has thinned down to leave only those who are fully committed to supporting the education sector.

Of course, while the hardware headsets are important, the quality of the content is the real king! Google Expeditions, zSpace, Lifeliqe are good examples but the strength of education content developers such as MEL Science is based on their starting out as science education companies, not VR developers. It’s not about VR, it’s about using the technology for education to enable students to learn knowledge points better by interacting with otherwise invisible micro-level processes; for me, this is the right way to approach VR content development.

So, where do decisions like these leave schools who appreciate the value of VR in the classroom?

As the appreciation of the important benefits of VR leads to more schools committing to the technology, we will see these high quality EdTech developers grow further, increasing the quality and diversity of their learning content. The future is bright!

Google’s decision is, in a way, a positive move for schools. The education content providers that are surviving are the good ones that are carefully matching the content to the curriculum; in effect the market has created its own natural filter of quality.

At an entry level schools can actually make VR headsets very easily out of cardboard! One step up from this is DIY kits that produce a plastic headset; a slightly better VR experience for around $25. Taking another step up in terms of cost and quality comes manufactured headsets such as Oculus Go’s for $199. Huawei’s new super light and relatively cheap VR Glass headset is expected to sell millions and ignite the market; good news for the quality content providers in education.

When we look at the growing maturity of VR technology, it’s interesting to note that there are an increasing number of universities offering a degree course in VR, something that was unheard of a few years ago. So, whether you use VR because of its incredible education power or because students will undoubtedly be using the technology in their future lives, VR is here to stay.