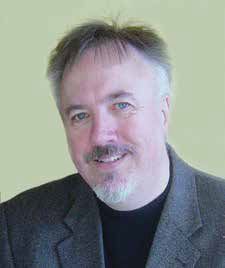 One day I received a mailing list message announcing a new Internet Relay Chat (IRC) service. I could tell from the host address that it was located at North Carolina State University (NCSU), which was just up the road from our new home in Raleigh. It was not a surprise that IRC would appear at NCSU. It was the state’s leading computer science and engineering school.

The service provided virtual channels for conversation, soon to be called chat rooms. You simply chose a channel and could start chatting with other people who had selected the same channel.

Like many of the most useful applications of the Internet, IRC was invented to serve a limited audience of tech-savvy system operators, helping them share tips and ideas. But broader applications emerged fairly quickly.

After helping to get our children to bed that evening, I sat down at my computer, dialed into the Internet, and telnetted over to the IRC service. Upon connecting, I was presented with a number of channels, each identified by a letter. I chose D, because it showed four people already chatting there. I did not want to start chatting right away. I wanted to watch and become acclimated to the experience before I dove in.

After I selected the D channel, I almost immediately saw short messages start to scroll up the screen, appearing as they were typed. I quickly realized that they were NCSU college students and they were talking about a test they had just taken—and not at all politely.

After a few minutes I broke in and introduced myself, explaining what I did for a living. They diplomatically faked an interest in my job, until I asked, “What do you think 5th graders could do with this level of access to the Internet.”

There was a long cyber pause because no one was talking about ten-year-olds on the Internet at that time. Finally someone said, “Well they could telnet over to this server and get the manifests of upcoming shuttle flights.”

Then someone said, “You could finger over to this server and get a list of earthquakes over the last two weeks.” Almost immediately: “If you do that, then you can take it over here and you can…” They were starting to get excited. You could tell when computer nerds were getting excited, because their spelling improved. Finally someone typed, “This is really interesting. Let’s get together and talk about this in RL (real life).”

I replied, “Sure, where?” I figured that it was a pizza joint on the campus drag. They gave me an address, which I didn’t recognize, so I asked, “Where are you guys, anyway?” One responded, “Reykjavik, Iceland.”

When my brain spun back down again, I wrote, “I’ll have to take a raincheck, because I’m in North Carolina—USA—and I can’t make it.”

They all LOL’ed. I finally excused myself, saying good-bye. They said their good-byes and I logged off and grinned. “This is fantastic. I’ve been talking to people in Iceland for free.”

It took me some time to realize that what was pivotal about this experience was not that I had been chatting with people so far away for free. The game changer was that we chatted for most of that time without realizing that we were so far away.

What mattered was that we had ideas, that we knew how to express them, and that we had the technology and the skills to do it. It occurred to me at that moment that this was a model for accomplishing things that my children would take for granted, and that they would be a generation apart from any other in human history.

I became convinced that these new information and communication technologies were no longer “options.” Technology was as essential to preparing our children for their future as pen and paper. An education that did not integrate these tools and that did not respect their impact on society was going to do little more than continue to prepare our children for the 1950s.