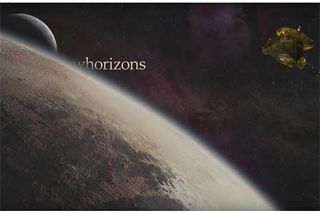 This past July, after traveling three billion miles, NASA’s New Horizons spacecraft reached one of its celebrated destinations, Pluto. How do scientists at ground control know when something flying through outer space that fast reaches its target? It phones home, of course! And that’s exactly what this spacecraft did. About four and a half hours after reaching Pluto, New Horizons' messages finally reached ground control to a myriad of cheers and celebrations. Check out this fun one-minute explanation of this amazing feat of technology, communication, and science.