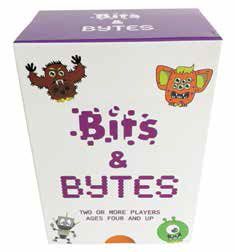 Originally launched in 2013 by brothers Hadi and Ali Partovi, the Hour of Code was designed as a way to get students interested in computer science by providing a basic introduction to coding during Computer Science Education Week. Since its launch, the Hour of Code has grown into an annual international event with hundreds of partners and hundreds of thousands of educators and students taking part. The Hour of Code engages students of all ages in computer programming and computer science, showing them that coding is accessible to everyone. This year, Computer Science Education week takes place from December 4 through December 10, but students and teachers can participate in the Hour of Code at any time throughout the year.

Companies from all over the world design activities for the Hour of Code so students can experience an hour of computer science. From skating with Ana and Elsa to building a galaxy with Star Wars, there are Hour of Code activities to pique every student’s interest. In addition to the more than 200 tutorials and lesson plans available on hourofcode.com, there are many apps for tablets and phones as well as unplugged activities and a number of games and products you can use with students to help teach basic computer science concepts. Computer science is not just about programming and coding; it requires students to think logically and build problem-solving and critical thinking skills. Here are some of the many options available for educators to bring Hour of Code activities into their classrooms.

If you’re looking for activities that don’t require a computer or tablet, you may want to consider Bits & Bytes, littlecodr, or ThinkFun games for your students.

Bits & Bytes ($26) is a card game for two or more players that teaches the fundamentals of computer programming. Bits & Bytes is appropriate for ages four and up and introduces beginners as well as slightly more advanced students to conditional statements, loops, and nesting functions. (www.bitsandbytes.cards/)

littlecodr ($19.95) is another card game appropriate for ages four and up. littlecodr helps students learn about computer programming and computational thinking by completing missions that involve creating step-by-step instructions for another player to follow. (littlecodr.com/)

ThinkFun offers an extensive selection of online and offline games appropriate for tea/ching computer science skills. If you’re looking for a game for the younger crowd, Robot Turtles ($24.99) is designed for two or more preschool players (ages four and up). ThinkFun has also created a website with challenges and ideas for use with older students. Clue Master Logical Deduction Game ($9.99), a single-player board game appropriate for ages eight and up, is a great way to introduce students to logical thinking—a cornerstone of computer programming. Code Master Programming Logic Game ($19.99), another single-player board game appropriate for ages eight and up, takes students a step further and combines logic with coding. ThinkFun recently released the //CODE programming series, which is a series of three single-player games designed for ages eight and up. //CODE: On the Brink ($14.99), the first game in the series, introduces players to the basic skills necessary for coding, such as logic and problem solving, by asking them to determine the proper “code” to get their robot to the finish line. The game is designed to be a step up from Robot Turtles. The second game in the series, //CODE: Rover Control ($14.99), is a step up from Code Master and challenges players to determine the proper color sequences to get their robots from start to finish. //CODE: Robot Repair ($14.99), the third game in the series, asks players to fix malfunctioning robots using a series of clues. All three games are played offline and are great for building logical thinking, problem-solving, and creative thinking skills. (www.thinkfun.com/)

Robot Turtles, Code Master and //Code On the Brink are just a few of ThinkFun’s array of computer programming games

HANDS-ON MANIPULATION WITH ROBOTS AND GAMES

If you want students to see a physical enactment of what they’re writing, you may want to check out some of the hands-on games and robots such as Bee-Bot, Blue-Bot, Osmo Coding, Dash and Dot, Sphero, Puzzlets, SAM Labs, Ozobot, littleBits Code Kit, and Itty Bitty City.

Dash and Dot (left to right), Sphero SPRK , Osmo Coding and Puzzlets (below) bring coding to life with easy to use interfaces and activities for all ages.

Bee-Bot ($89.95) and Blue-Bot ($119.95) from Terrapin (the creators of Logo programming language) are robots that introduce students ages four and up to basic programming and logic. Users control Bee-Bot by programming it using the buttons on its back, and Blue-Bot adds Bluetooth capability so students can program it using a drag-and-drop language as well. There are a variety of add-ons for Blue-Bot, including the TacTile Reader, which allows students to program the robot using tiles, and they can command Blue-Bot using Logo. (www.bee-bot.us)

Osmo Coding ($49) is a great physical manipulation coding game designed for ages five and up that works in conjunction with Apple products. Students manipulate game pieces to guide the character through the game collecting strawberries. Osmo is a great way to practice problem solving and combining commands to create the optimal command sequence. (playosmo.com/en/coding/)

Dash and Dot ($199.95) are a sassy duo of robots designed for ages five and up that make it fun to learn programming with a suite of five free apps that utilize block-based programming at a variety of skill levels. The apps are designed to build students’ programming skills step by step, walking users through performing various tasks. (www.makewonder.com/)

Sphero offers a number of robots that help bring programming to life. The SPRK Edition ($129.99) is designed for ages five and up and allows students to see robotic parts function as the robot performs the program students have created. With over 30 apps, SPRK provides variety for programmers of all levels. (www.sphero.com/sphero-sprk)

Puzzlets Starter Kit ($99.99) allows students ages six and up to experience programming by physically manipulating pieces on a game board connected to a tablet or computer. The Cork the Volcano app asks students to navigate through a game, collecting raindrops before time and the number of moves available run out. (www.digitaldreamlabs.com/)

Ozobots are tiny robots with the power to make coding come alive. The Ozobot Bit ($59) is the original Ozobot, designed for ages eight and up, and allows learners to program using OzoBlockly (a graphical drag-and-drop language), a tablet, or a simple marker and paper, which the robots read using color sensors. The Ozobot Evo ($99) offers more features than Bit, including proximity sensors and sounds. Evo can also be programmed using tablets, phones, computers, OzoBlockly, or markers and paper. (ozobot.com/)

littleBits Code Kit allows students to create their own games

Itty Bitty City ($139.00) is a kit designed for ages eight and up that utilizes Arduino-based mCookie modules and editors to bring creations to life. Students are able to build using the included LEGO-like bricks or use LEGOs to create projects from their imagination. After building, students are able to program the included sensors and trinkets using Mixly, Arduino IDE, or Scratch editors. (www.microduinoinc.com)

For students who want to build their own robots, you’ll want to explore robotics kits like Edison, LEGO EV3, VEX IQ, and Hummingbird Duo.

Edison ($49) is a robot that can be programmed in a variety of ways, including using barcodes, a drag-and-drop language, and now Python. Edison robots can also communicate with each other through infrared sensors and can be combined to create more complex robots and vehicles. One of the benefits of Edison is that it allows students ages five and up to build a creation in addition to learning to code. (meetedison.com/)

Hummingbird Duo Premium Kit ($269), designed for ages eight and up, is a robotics kit that allows students to experience building and programming their own robots. The Duo can be programmed using a range of programming environments and languages, including drag-and-drop as well as more advanced languages and interfaces. (www.hummingbirdkit.com/)

LEGO MINDSTORMS Education EV3 Core Set ($379.99) is designed for students ages ten and up to explore building their own robots, then programming them to do the tasks they want. EV3 can be programmed in a number of ways, including using LabVIEW software, a tablet app, or the buttons on the Intelligent Brick. (www.LEGOEducation.com)

If you’re ready to take coding to the next level, you may want to look for a product that combines physical computing with programming. Products like Let’s Start Coding, Snapino, BBC micro:bit, HyperDuino, and the Kano Computer Kit give students the opportunity to make the connection between hardware and software.

Kano Computer Kit ($149.99) is a build-your-own computer that enables students ages six and up to learn about computer science while building a minicomputer and then programming it. This is a great tool to help students see the physical part of computing during the Hour of Code, then follow along with the coding tutorials to learn how to program it. (kano.me/)

BBC micro:bit ($16.50) is an open development board designed for users ages seven and up. Students can explore programming using a variety of languages and interfaces while designing their own unique creations that make use of all of its bells and whistles, including 25 red LED lights that can flash messages, two programmable buttons, motion detection, onboard light, and Bluetooth low-energy connection. (www.microbit.org/)

HyperDuino ($94.95) is a shield that can be added to an Arduino, or to an Arduino-compatible board, that adds functionality and enables students to create interactive multimedia presentations, posters, and displays. The HyperDuino, designed for students ages seven and up, allows them to bring their presentations to life. (hyperduino.com/)

Snapino ($49.95) is a Snap Circuits kit that combines circuitry with computer programming. Designed for ages twelve and up, the kit teaches programming through the use of an Arduino Uno microcontroller. Step-by-step instructions lead students through creating programs—from simple to more complex. (www.snapcircuits.com)

If you have more advanced programmers in your classroom, you’ll want to explore products like the Onion Omega. The Onion Omega ($7.50) is an advanced hardware development board for teaching about computer programming and the IoT (Internet of Things). Designed for users ages sixteen and up, the Onion is flexible in terms of the languages it can run and allows more advanced students to explore something new. (onion.io/)

Regardless of the ages or skill levels of your students, exposing them to computer science during the Hour of Code is a surefire way to engage them in learning. With the right projects, any student can learn to code.

Shannon Mersand is pursuing her Ph.D. in Information Science at the University at Albany, with a focus on Makerspaces and perceived effects on users. She is a School Media Specialist at Yorktown High School, where she built and runs a makerspace for her students who have participated in the Hour of Code since its inception.