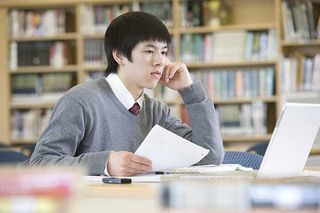 This is just one in a series of ongoing posts on the educational innovations in Israel. You can see additional coverage here.

New York City is indeed a melting pot, and while New Yorkers embrace its diversity, teaching in a school where students are not fluent in English, and often are not even literate in their own language, is challenging. Students are often unable to perform at grade level, not because of their capacity to learn, but because of their capacity to understand the language. What’s more, after just one year in the country, foreign-born students are expected to perform on the same standardized tests as native speakers. When they don’t, there’s a domino effect: the student is labeled a failure. His parent feels like a failure. His teacher a failure, and if there are many such students in attendance, the school is labeled a failure. The failure however is not the student, teacher, or school. The failure is the a school system that is failing these students.

Does any of this sound familiar?

What if there was a way to change this scenario?

As one of five bloggers invited to be a part of #VibeIsrael’s #VibeEdu Education Innovation tour I had the chance to visit a school where none of this is the case. The Bialik Rogozin School provides a unique model where refugees and children of migrant workers, some of them with little or no schooling at all, are integrated into Israeli society with common sense educational strategies that any school or district could adopt.

Students at Bialik Rogozin Scohol connect through the common language of the arts.

Here they dance to music from various cultures.

The Bialik Rogozin School received international acclaim when an HBO film about its special program, Strangers No More, won the 2011 Academy Award for Best Short Documentary. Take a look at the video below to get a glimpse of what happens when these practices are put in place.

Bialik Rogozin has innovative, yet common sense, strategies that are transforming a nation. They employed strategies that can be incorporated by any school or district. Perhaps not all at once, but even starting with one or two could make the difference for a child, family, and community. Are there strategies here that you would consider trying where you work? If so, please share in the comments.

Interested in learning more about Vibe Israel’s #VibeEdu Tour? Check out the tour site here or follow their work at: