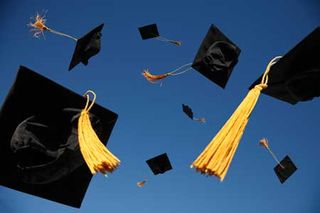 Bias. Privilege. Racism. These were the topics tackled at a workshop at #EdXEdNYC, an annual education conference held at Hudson High School in Manhattan. If you’re an educator, you understand it is your moral responsibility to address these issues for yourself and with your students, yet few of us have received meaningful preparation for this.

These are uncomfortable topics that are necessary to address in uncomfortable times. During the 90-minute workshop it became clear that to move in the right direction we need to keep talking, build relationships, and act respectfully to one another.

But that is just the beginning.

We have to do much more to ensure our underprivileged youth reach their potential and are given the support to have an opportunity to influence their world and be included in conversations, and work, that matters.

Many of these youth don't have others in their communities who serve as role models of what they can achieve and/or don’t have proper guidance on how to get there. A man who attended the session which was called Mindfulness to Address Bias In Education told the story of a smart young student in his class who shared post-high school plans were to get a job at GameStop. After a year with this youth, the teacher helped inspire him to pursue a track that involved applying to colleges to study computer science. No one else was telling this impoverished inner city youth that this was possible based on his talents, interest and abilities. There’s not enough guidance counselors to do that. There are few to none when it comes to college graduates in the projects in which he lives to help lead the way.

This has to change. Organizations like PowHERful were created to just that. The organization was started by Soledad O’Brien. As she was covering the devastation caused by Hurricane Katrina, she encountered young people whose lives had been turned upside down as they saw their homes and school system literally washed away. These students had an urgent need for specific financial assistance and Soledad was inspired to begin work that could help. She formed the Starfish foundation (now PowHERful) which quickly recognized that these young people needed them to do more than cut a check. They needed a team who could give these young women opportunities that would not otherwise be possible because of devastation and/or family circumstances.

The name “Starfish” was inspired by a story that those who dedicate themselves to rescue often tell. When Soledad heard it, it drove its way into her heart and the Starfish Foundation (now PowHERful) was born. The story goes like this:

Countless starfish have washed ashore on a beach and are dying off. A little boy is picking them up and tossing them back into the ocean in the hope they’ll survive. A man walks by and asks him why he’s doing something so futile.

“There are hundreds,” he points out. “What difference will it make?”

The boy picks up another starfish, throws it into the sea and says: “It will make a difference to that one.”

PowHERful takes each starfish youth under its wing, providing them with financial support, mentoring and wrap around services that bring them to and through college. As a result these young ladies are given the opportunity to achieve the success they are capable of, but to which they may not otherwise have access. This resonates with supporters like Orange is the New Black’s Diane Guerrero who I spoke with at a fundraiser Gala to celebrate PowHERful’s young women scholars. She attended an AIDs Healthcare and Awareness event in Cleveland hosted by Soledad O’Brien. They got to talking about how there’s post-election drama. They discussed why in times when we have a country working against communities of color, it is so important to do work that empowers them and helps to give them the voice they deserve.

Focusing on and giving opportunities and a voice to women of color is where the foundation is now focused and the results are impressive. I had an opportunity to speak to some of the scholar graduates to hear their experiences.

Ariana Quinoes is a 2016 graduate of Smith College who now serves at Program Coordinator of the BOLD Women's Leadership Network at Rutgers University. She met the two women who created the program she works for today through PowHERful. Her education and experiences prepared her well for the field of women’s empowerment and activism. While at Smith, Ariana was a member of the student group Organizing for Undocumented Students’ Rights which works towards making Smith a reality for undocumented students. Both advocating for those who deserve a chance and her English degree have put her on a path to make the difference she wants. In the future she wants to further this type of work. She plans to pursue a law degree with an emphasis on immigrant rights.

Ariana Quinoes radiates excitement at her graduation from Smith

I spoke with Lakiesha Jernagin who has been a PowHERful mentor for five years. She explained what a joy it is to watch the mentees go from babies to ladies as they move to and through college. She met Tyshell King during her senior year of high school. Now five years later she emerges a Georgetown University graduate who plans to pursue her masters at UNC Greensboro where she will study business with an emphasis on fashion.

Soledad shared with me the joy she feels in giving these young ladies such a gift. She explained that she was raised by immigrant parents. Her mother, who is Cuban, was an educator who instilled the importance of education into the family. Her mother explained that once you receive an education no one can take that away from you. Soledad had met so many young women whose life plans had been stagnated by terrible disasters, compounded by generational poverty. Soledad’s organization takes each young lady and launches them into a brighter future.

Ariana explained that it doesn’t end there. Now that scholars like Ariana and Tyshell have graduated from college, they are not only going off in the world to do important work. They are also coming back to help other young women as their mentors. Additionally, she explained the importance of not only the network she has met through PowHERful, but also, the experience of going through this journey with her peers at PowHERful. As Soledad explained it, “These young ladies together are able to realize their dreams and achieve what many thought they could not.”

PowHERful is launching their starfish scholars into bright futures, but it takes more than just one organization to transform a community, city, state, or nation. If our society really wants to help lift it citizens out of lives of poverty and/or devastation, the answer isn’t simply to send them to public school and hope for the best. It isn’t a system where there is one guidance counselor for hundreds who can’t possibly give students the support they need. It is to do what PowHERful is doing, and come up with a team for every student that is made up of others who know how to bring young people to success. Who can help them when they’re struggling and down not only with encouragement and motivation, but financial support for extra tutoring and interventions. It means having people who can convince a family, that GameStop should not be the last stop on their child’s journey. It means helping families develop a college tradition so they can give their own children the gift of an education and not just a high school diploma. The same type of education our society needs to enter into professions like doctors, lawyers, and elected officials.

PowHERful has helped about two dozen young scholars. How can other individuals and organizations step up to help other promising youth achieve their dreams?