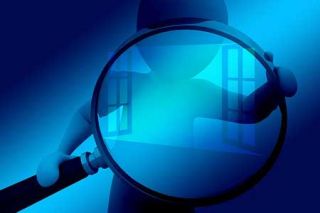 I remember scavenger hunts from my childhood in Germany. A group of people, divided into teams, were given a series of missions to complete and then return to the point of beginning as fast as possible. The first team to return with all the missions completed won. The missions usually took the teams to a variety of locations in a specific area. Some of these missions were bizarre, like “Knock at a stranger’s house and ask if they had an egg”, the egg would then be evidence of having completed the mission. Another mission was to go to the local cemetery and find a specific grave following an included map. The name on the grave would be evidence of completion.

The GooseChase app has taken the organization, management and submission of evidence of the hunt digital (Hat tip to Wes Fryer for making me aware of the app). I immediately thought of the potential of using the scavenger hunt concept as a way to gamify the creation of artifacts to document learning as well as the potential to connect educators at a conference.

The opportunity to test it out came as I was planning to cover the Tri-Association’s Annual Educators’ Conference. Over 600 educators gathered from International Schools from Mexico, Central America, the Caribbean and Colombia in San José, Costa Rica. While the management side of the game is handled on the desktop version, participants had to download the app on their mobile devices to see the missions and submit the evidence of completion.

My goal was to:

During the opening session of the conference, I was able to introduce the concept of the scavenger hunt and share instructions on how to participate.

The app allows for individual participants or for the creation of teams. For this particular conference, the creation of teams according to the country, the participant worked in, was a convenient choice. Since there were over 600 educators, it also seemed to even the playing field, since some countries had more participating schools than others. Each country team could only submit one artifact as evidence of mission completion. Once a mission was completed, it moved from “available missions” to “completed missions” in the app, hence preventing a team from earning points for the mission for a second time.

GooseChase has an incredible pre-created mission bank, which I was able to draw from as inspiration and to edit and customize for the International educator crowd and the conference venue. Since the participants would not be leaving the conference center, some of the GooseChase missions had to be adjusted. Each mission required participants to submit evidence of completion either in a text format (could be no longer than 300 characters), as an image or a video (which could not be longer than 15 seconds). The app also allows a submission of evidence via a GPS location (one option that I did not use, since we did not leave the conference venue).

I created missions under the following umbrellas:

I created a total of 58 missions for the three-day conference. Some of the missions I added during the game to keep the participating teams on their toes.

Each mission was given a predetermined point value upon completion. The harder or more involved the mission, the more points would be awarded. As the game facilitator I also had the option of awarding bonus points for being the first team to complete a mission or for an especially creative artifact submitted. Although the platform awards points automatically, the facilitator has the option to delete any submission and share the reason for the deletion with the team, if the submission did not follow directions or missed to give evidence of the mission goal or learning.

These point additions or deletion subtractions, coupled with the notifications from facilitator to team members added a certain spice to the game, that made the game more exciting and even dramatic, as the scores on the leaderboard fluctuated constantly.

The app takes care of all scores (additions and subtractions) immediately, which was reflected in the Leaderboard instantly.

Each submission gives the participant the choice to also share their artifact via social media. The app automatically added the conference hashtag, which I had filled out.

As the facilitator of the game, I was able to send messages to each team or to all participants at the same time. The updates to the leadership board are instant and contributed greatly to the friendly competition that ensued.

Once the zip file is opened, the app creates folders with the submissions and the media named with the team’s name.

Here are samples of submissions by participants:

The overall feedback of enthusiasm during the conference was visible. Team spirit grew as missions were completed and teams were fighting to move up in ranking on the leadership board.

Also check out the conference reflection blog post submitted as part of a mission:

There were a couple of things I noticed that could be improved with the app, whichI tweeted @GooseChase :

GooseChase was kind enough to acknowledge and respond to my tweets that they are aware and updates are in the works.

I felt that the scavenger hunt was an overall success for the conference participants as well as the goals I had set for myself in engaging and connecting the participants via social media, documenting learning, strategic reflection and sharing learning. Participants were engaged, they were having fun, they pushed themselves outside of their comfort zone, they learned in new ways, they went beyond attending a conference to participating in their learning. In addition they had an experience, which allowed them to take it back to their schools and apply with their faculty and students.

My next idea is to create a global scavenger hunt with teachers and students from different continents and countries. The goal to bring awareness of culture, country, language, traditions, geography, etc. Interested in being part of that global scavenger hunt? Leave me a comment or get in touch with me via Twitter (@langwitches).