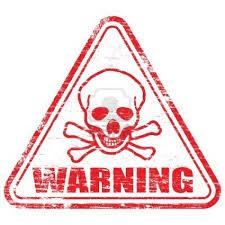 Gamification will not make your kids smarter, improve their grades, nor save you if you have poor classroom management and boring lessons.

Gamification is not a Silver bullet that will fix all of your problems and inadequacies. Your colleagues won’t like it (or you), most administrators won’t get it (nor even try to), and parents (as always) will challenge you.

It is not easy to Gamify your class. In fact, it is more work. On top of that, if you do a poor job Gamifying your class, your school year will be a nightmare.

Gamification is not for the weak, timid, or soft. You cannot be wishy-washy about it, nor can you back down and stop when you meet the resistance to change that will come.

If you don’t believe in Gamification, don’t get video games, or you think Gamification is just a passing fad that might help you win Teacher of the Year, don’t do it.

If you truly do believe in Gamification, like I do, it will be the best change you ever make, but you don’t have to take my word for it. Here is the first round of data on my Gamified classroom.

I believe the Gamified classroom requires the following: A total-point grading system, individual, group, and class competition in the form of leaderboards, achievements (badges) worth classroom currency, and things to buy with that currency. You can see my Gamified website here. While I have turned my classroom into an ARG, today I will focus on the feedback my students have given me on those four requirements.

Total-point grading means students start with a 0 and can only go up, just like in a video game, instead of the traditional idea of starting at 100 and “just having to keep it.”

No where else in the world do you start as CEO of a company and after putting in twenty years with the company end up sorting mail in the basement. Why do we grade students this way? Want to make another similar, powerful change like total-points will be in your class? Instead of writing -30 on a student’s paper, write a +70. Make your classroom a positive place. Little things make big differences!

I consider 7 and up a win. Looking back on this question now, though, I think I need to ask them which grading system they prefer on my next feedback form.

What about achievements? I use achievements to shape my students behavior and reward students who go above and beyond. First, I asked them a few questions I was curious to know the answer to. I’m not necessarily surprised by their answers, but I think they are interesting. Take a look:

I was happy to see they knew why they earned the achievements they did. It is important to give clear feedback. Students have to know why something is happening or why they are learning what they’re learning. As for the other three questions, the reason I found them so interesting is when you juxtapose them with their next three responses:

I asked them how they felt when they earned an achievement (always say earned. Words matter™.):

So, maybe they aren’t ALL talking and bragging about them, but they seem to like earning achievements, and I can’t tell you how happy it makes me to see Proud so big in that Word Cloud. I believe the role of the teacher has changed. Our students don’t need us to learn anymore. It is now the job of the teacher to motivate and inspire. When my students leave my classroom for good, more then anything, I want them to be proud and believe in themselves. They don’t teach that in textbooks.

When it comes to the type of learners we have in our classroom, I believe more in the Bartle Test than I do the Theory of Multiple Intelligences. Since the Bartle Test says I am mostly a Killer, it probably explains why the leaderboards are my favorite addition to my Gamified class. I love competition, but do my students?

They like it! But, these next questions I found to be the most interesting of the feedback I received:

I get the answers to the not bragging question. I would imagine, if you are not in first, or even the top ten (I only reward the top ten with achievements), you probably wouldn’t brag about your position on the leaderboard except in relation to a single person. Meaning, if I’m 20th and my friend is 35th, that would be cause to brag.

However, I was surprised that only about a third of my students have made it a goal to pass someone on the leaderboard. I thought it would be more, but maybe that’s just the Killer in me…

Most importantly, I’m happy to see what I thought would happen with the introduction of leaderboards to the classroom coming true. They care about their performance, their guild’s performance, and their class performance and are motivated to do better. Seeing their performance in relation to others is motivating them to do better and that makes sense since the only way you know your good at something is when you compete against others. Healthy competition makes everyone better. As I’ve said in a previous post, this year my homework submission rate is around 85% per assignment. I don’t know what it use to be, but I know it wasn’t 85%. Their feedback tells me they might be doing more and/or better work because of the competition.

Finally, and most importantly, the last two questions I asked my students and the real reason I believe in Gamification:

While I have been challenged, put down by parents, colleagues, and administrators, and Gamifying my class has been more work, it has been worth it. I believe a well run, Gamified classroom is a place where kids want to be. When a kid wants to be in your class they show up (we have attendance issues at my school) and behave. When students are in class and behaving, they will become more engaged. Engaged students learn more.

Gamification is not the be-all and end-all, and it may not be right for you, as there are other ways to make kids want to be in your class, but it is right for me. I just hope this trend continues for the rest of the year, but only time will tell.

Next time, I’ll tell you how my classroom ARG is going. Epic fail or big win? You’ll have to wait and see.

cross-posted on Teched Up Teacher