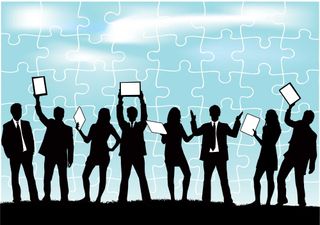 In some of my past blog posts, I’ve often talked about how social media fostered conversations and connections. I now confess: I’ve been wrong all these years. It does neither. Social media is more about self-promotion, dividing people, and making useless declarations than it is about connecting people.

To see this, just take a moment to examine your Facebook News Feeds and Twitter timelines. Both of these are riddled with posts from others mostly designed to insult and belittle those who are not part of our tribes and who believe different than we do. For more evidence of the true power of social media, just look at our President whose Twitter posts do more to keep America divided than ever. While we are all complicit in this division and disconnection, it is also inherent in the design flaws for social media sites like Facebook and Twitter. This is because these social media sites are constructed not to foster conversations nor connections. Instead, they are designed to foster shallow declarations, division and the celebration of whoever can make the most outrageous contributions.

In his book, Anti-Social Media: How Facebook Disconnects Use and Undermines Democracy, Siva Vaidhyanathan writes:

“Social media, and Facebook in particular, do not foster conversation. They favor declaration. They do not allow for deep deliberation. They spark shallow reaction."

As an avid social media user of over ten years, I’ve come to the same conclusions as Vaidhyanathan: social media isn’t bringing anyone together. It only provides people the opportunity to shout epithets and disparaging statements at each other, or post photos and anti-conservative or anti-liberal placards all in an effort to get a reaction from those of other tribes. Social media is not a place for civil discussions or deliberation about the issues that concern us. They are simply places where we can post statements that take political jabs towards those who are not of our tribe.

[Building a Better Teacher Through VAMs? Not So Fast]

On many occasions I’ve tried to engage others in conversations and deliberations about various issues (just look back over my Twitter timeline), but it's mostly a waste of time. I’ve also been equally guilty of posting content that tries to incite a reaction from those who believe differently from myself.

The reality is that, on social media, no one convinces any one else of anything. When we use social media, we simply keep exchanging divisive nonsense back and forth, which is what both Twitter and Facebook want and need to exist. Both of these social media sites need users who engage with each other in order to survive. With their systems of “likes,” “retweets,” and “laughing faces,” Facebook and Twitter function like “levers in a Skinner box," as Vaidhyanathan puts it. They manipulate us to post more and more on their sites, and the more inflammatory and reactionary, the better for Facebook and Twitter. The more outrageous the better. Unfortunately, none of this "connection" results in the best interests of community.

Social media has become a tool to divide rather than to bring together for substantive discussion. As an educator, I've been wrong about the potential of this 21st century technology. We as educators have an obligation to stop being "evangelists" for social media, and educate others, including our students on what social media has done and continues to do to American society.