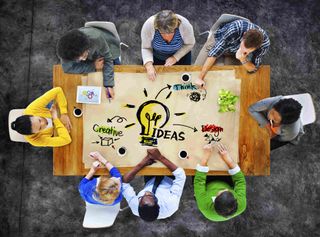 If you haven't heard, and it's likely you haven't, Microsoft launched a product called Teams in 2017 following the company's decision not to sink 8 billion dollars into the purchase of Slack. Instead, they decided to build out their Skype product and develop their own version of Slack. This is not good news for Slack. What it means is that institutions who already have O356 subscriptions will have access to Teams included in their subscription.However, when launched, Teams was a weak and buggy product. So Slack didn't have much to worry about. In the meantime, Facebook crept into the game as well offering a product called Workplace that looks, feels, and functions just like Facebook. No learning curve and it provides an intuitive ease of use. This meant companies like Walmart and Starbucks moved onto the platform as well as several non-profits and educational institutions who have access to the platform for free. But, the problems Facebook is facing in the news, and the fact that they won't guarantee free forever for education, makes Workplace a less desirable choice for some.

[Build Community & Bring The World Closer Together with Group Insights]

Which to choose? Slack, Workplace, or Teams?

So, what to choose if you're an education institution? Slack? Expensive. Workplace? Not free forever and legal issues. Teams? Buggy and weak.However, it seems Teams is making a move to get into the game and become a more serious contender. I had complained to teams project manager Mike Tholfsen that even after they fixed the bugs and got features running, one big reason I wold never recommend Teams is because you are unable to link to a post. This is an imperative feature that no group moderator would want to live without. The absence of this feature means there is no way, other than sifting through hundreds or thousands of messages, to refer to a post. Well, that issue has has finally been addressed putting teams back in the running.

Teams still needs a lot of work. For example, it tries too hard not to be like Facebook so names are listed with an impersonal last name before the first name. You have to scroll to the bottom of a thread to add a message. Messages are listed from oldest at top to newest at bottom. It is also missing the important polling feature. Yes, there is a clunky process to add on polls, but it should just be a part of the platform.That said, for companies who already pay for O365, and are looking for an internal communication platform, Teams is on its way to becoming a viable online community that also now has video and phone conference features embedded (can be scheduled or instant), the option to have topic-specific conversations (called channels), and the ability to instant message.

What do you think? Have you used Teams? If so, what did you think of it? Did you like it? If not, would you? Why or why not?