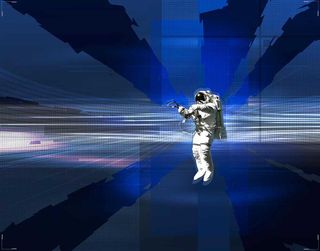 The Virtual High School (VHS Inc.) has partnered with the Center for the Advancement of Science in Space (CASIS), a nonprofit charged with managing the International Space Station U.S. National Laboratory, to provide the Florida Alliance of Boys and Girls Clubs with an after-school version of the Space Station Academy course. CASIS has supplied the initial funding to enable 480 Club members in upper elementary and middle school grades to enroll in the course, which takes students on a simulated mission to the International Space Station (ISS). Club members throughout Florida will take the four-week program at different points in the year.

Typically offered during school hours or for independent study at home, Space Station Academy was developed by VHS in collaboration with astronauts, scientists, and educators at the Association of Space Explorers and the Technical Education Research Center (TERC). The course treats students as cadets in training for their first flight to space. They undergo pre-flight training as well as a realistic simulation of a launch and complete a mission on the ISS. Since the missions focus on Earth observation and photography, cadets see views of the Earth from the ISS windows, work with the same mapping and targeting software as the ISS astronauts, and explore hundreds of dramatic photos taken by astronauts who have been aboard the ISS.