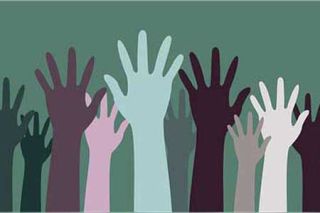 “We want to inoculate every 11-year-old in the country with some news literacy skills before they leave middle school,” says Howard Schneider, a former reporter and editor at Newsday and the dean of the School of Journalism at Stony Brook University in New York. “To empower citizens to make good decisions for themselves, it’s got to start early. We can’t outsource this to tech and apps.” With their News Literacy Summer Academy, Schneider and his colleagues want to work with K–12 teachers to create ongoing partnerships with schools and districts interested in building news literacy courses—not just integrating lessons into language and social study classes. “Our ‘digital natives’ may be able to flit between Facebook and Twitter while simultaneously uploading a selfie to Instagram and texting a friend, but when it comes to evaluating information that flows through social media channels, they’re easily duped,” says Schneider. He notes that there’s a perception that if students learn critical thinking skills they will apply them to news and information on social media, but he adds that even the “smartest students do not transfer those skills.” A 2016 research study by the Stanford History Education Group concluded that despite their social media savvy, students often cannot tell the difference between ads, sponsored content, and genuine news articles. Michelle Ciulla Lipkin, the executive director of the National Association for Media Literacy Education (NAMLE), says there’s a lot of good work being done in this area by Stony Brook, by the News Literacy Project in Chicago, and at MediaWise, a Google-funded effort at the Florida-based Poynter Institute to train teens how to be fact-checkers. Lipkin also notes that it’s important for schools to give students opportunities to do media production through journalism and other classes. “That way they really understand the choices that are made in bringing us the news,” she says. “When students are the editors and writers, you’re teaching them vital skills.”