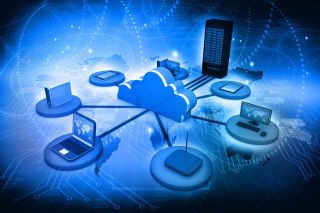 Duval County Public Schools (DCPS) serves the urban, suburban, and rural areas of Jacksonville, Florida. The effects of the DCPS aging network were interfering with schools’ teaching and state testing. Network unreliability was caused by older products incapable of handling the amount of traffic needed to keep a robust connection. Because the equipment had not been updated for more than a decade, DCPS was losing instruction and testing time to failing network connections.

The district had to continually ask the state for time extensions to complete state testing due to their failing systems. If the testing window is lost, so are the benefits from the state testing. The delay in the testing data hampered instruction. The unreliable backup connection also became a problem when DCPS decided to move its analog phone system to VoIP systems. The old networking equipment couldn’t handle the volume of traffic passing through the primary or secondary wired lines either.

The district chose Cradlepoint’s NetCloud Service for branch by deploying a branch performance router. This allowed DCPS to deploy the VoIP phone system and update its network for pervasive connectivity throughout the district. The service also includes cloud management, 24x7 support, and a limited lifetime warranty. The district can now rely on Cradlepoint’s wired line failover solution. DCPS can automatically send traffic through the wired link if the wired connection fails—ensuring constant connectivity for teaching and learning.

The Cradlepoint solution has saved the DCPS IT team time and effort because the network has significantly fewer issues to troubleshoot. The NetCloud Manager software allows them to manage all the devices from a single location. And as the district responds to the need for greater student security and safety, they are interested in Cradlepoint’s NetCloud Service for support of mobile assets like video to see attendance on the bus and to capture any safety incidents.

“Cradlepoint has already proven themselves with their branch services, so the decision on what products to include as funding becomes available is easy and stress-free,” said Stephen McLaughlin, supervisor of network operations.