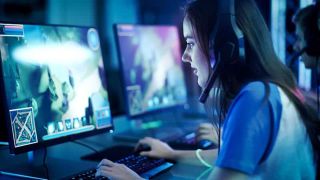 Esports is fast becoming a powerful tool in education as schools, colleges, and universities adopt the technology as a way to help educate students. This isn't just for traditional learning though, as it is also a way to help socialize students.

Research has shown that students who are involved in extracurricular activities are more successful with greater performance and overall well being enhanced.

The emergence and success of cloud-based gaming has made way for a far more inclusive and accessible way to use esports in education. Since the cloud-based nature of gaming makes it easy to access anywhere and takes the processing power issue away, it works for school budges as less outlay for expensive and powerful computers to get gaming is required.

So why is esports a good idea in education?

Esports, or Electronic Sports, is a competitive gaming medium that challenges gamers to play against one another to win. Often this involves playing in teams to reach the goal as a unit working together.

While each player uses his or her own gaming system, often a headset is used for communication between gamers. Esports requires teamwork, communication, critical and strategic thinking, creativity, sportsmanship, and leadership—much like traditional sports.

This can all be viewed and heard live online, which has helped esports grow into a spectator sport and a billion dollar industry that's predicted to continue to grow.

How Does Esports Work in Education?

Esports is an extracurricular activity, which means students will need to attend team meetings, practices and official matches. Unlike many other sports, esports can be played remotely so the costs of travel are kept down. This is also a positive for students who don't like change or are unable to travel due to physical or mental health constraints.

Each school year is divided into two regular seasons across Fall and Spring. Each one of these includes its own playoff season during which the top teams compete in single elimination matches with online finals.

The regular season can be made up of weekly matches and practices. Leagues vary by age group, but some examples include the League of Legends and SMITE, both of which have teams of five, and Rocket League, which has teams of three.

What Equipment is Needed for Esports?

As mentioned, there are many online gaming platforms that offer cloud-based button-bashing action. However, there are still a lot of competitions that will require each player to have a computer that can handle the processing. Either way, a decent internet connection is required to create a smooth and competitive gaming experience.

The basic needs for an esports gamer are a computer, a keyboard, and a mouse. Additional to that is a gaming headset to communicate, a gaming controller for great personalized controls, and jerseys for the team.

What Are the Benefits of Esports?

Community, friendship, and social advancement are just some of the benefits that esports offer students. A recent Pew Research Report found this to be the case, with 84% of Season Zero players saying that they found a community they could connect with.

In turn, these interactions can help to develop positive social-emotional behavior. Since the sport involves challenges and failures, it can help individuals build resilience and drive, based on achievement. By participating on a team, students learn how to show weakness, seek help, and support others. In short, it teaches empathy through experience.

In terms of academia, an NCES report finds that students who participated in extracurricular activities performed higher on math and reading assignments. In fact, student gamers have show growth in STEM subjects as they spend hours analyzing statistics and strategies that can be applied to real-world experiences.

One very appealing area of esports is the scholarship program. More than 200 colleges and universities currently offer nearly $15 million in scholarships. Millions of dollars in scholarships and aid have been awarded by The National Association of Collegiate Esports (NACE), the main governing body for varsity collegiate esports.

What Are the Best Esports Games?

There are plenty of games to pick from and they vary from league to league. Some of the most popular are:

How Expensive is Esports for Schools?

As an investment, eports does take consideration for schools. Aside from the costs of the equipment, there are ongoing league costs in order to be able to compete on the national scale.

PlayVS arrived in April 2018 and allows schools to create esports teams and participate in leagues with near schools. The charge is $64 per student, per league, per season. But that's an expensive example.

For games such as Rocket League, aimed at K-12 age groups, a school can get licenses for around $20 each when bought as a package of 150.

Fees can be paid by the student's guardian, as it would be for other extracurricular activities. In some cases, schools have funding for costs to be covered so all students get a chance to take part.

Many students already own their own licenses so that fee may not even be a part of the cost for schools.

With 589 million projected to watch esports in 2020 using platforms such as Twitch and YouTube, this is an area that's growing very, very fast.