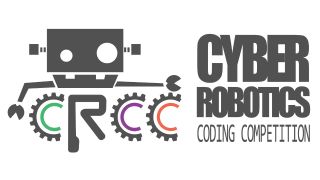 The third annual Cyber Robotics Coding Competition (CRCC) will kick off registration for its fall 2019 national competition at the upcoming 2019 ISTE Conference & Expo, being held June 23-26 in Philadelphia. The CRCC is an online coding and robotics tournament for students in grades 5-8. Neither teachers or students need prior coding or robotics knowledge.

Educators interested in signing their teams up for this year’s CRCC can stop by the CoderZ booth #1962 to obtain registration materials.

The CRCC consists of four components, the first of which is a professional development webinar for participating educators. The second component is a two-week boot camp, which features a virtual, highly-scaffolded “sandbox” where students and educators begin learning about coding and robotics on the competition platform.  Next, students will move on to the qualifiers phases during which students will compete to earn points for their teams. The fourth and final component will be the finals during which teams of students will represent their schools as they take part in in-person regional events.

Students will compete on the CoderZ, Cyber Robotics Learning Environment, a cloud-based platform featuring a graphical simulation of LEGO Mindstorms EV3 robots. The online platform has a coding interface where users can activate a virtual robot, or “cyber-robot,” and watch the results in a real-time simulation.

Teachers and schools can sign up to join the event any time before October 7, which is the start date for the boot camps.

For more information on the competitions go to https://gocoderz.com/compete or contact Graham Celine at gceline@iscefoundation.org