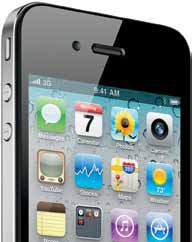 ¦ The mobile media passback effect is a new phenomenon. Two thirds of children aged four to seven have used an iPhone or iPod touch, and 85 percent have used one owned by a parent. Children most often use the devices when they are “passed back” by a parent while in a car.
¦ There is evidence that kids can learn from apps. Mobile applications based on PBS KIDS programs were independently evaluated with 90 children aged three to seven who played with them for two weeks. Children made gains in vocabulary comprehension, letter identification, and rhyming after using the apps.
¦ Young children are surprisingly adept at using smart mobile devices. Nearly all the children observed could master operations, even after initial difficulty.

From a new report released by the Joan Ganz Cooney Center at Sesame Workshop in collaboration with PBS KIDS Raising Readers and Hotspex.