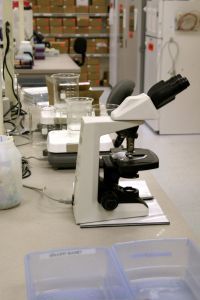 February is National Science Literacy Month and Feb 15-21st marks National Engineers Week, when engineers across the U.S. try to encourage kids' interest in engineering careers. During National Engineers Week, the American Society for Quality (ASQ) invites K-12 educators across America to bring an ASQ engineer into the classroom to promote engineering as a career. Educators can contact ASQ at 800-248-1946 to find an engineer volunteer in their area to speak to students.

ASQ recently teamed with Harris Interactive to seek the views of kids grade 3-12 on science in schools. Harris polled 1,134 U.S. youth on behalf of ASQ December 16-28, 2009. The career-related questions were only asked of 7-12th graders.

Science teachers seem to be able to make science both exciting to learn and engaging for their students. Around two thirds of 3-12th graders overall give their science teachers a grade of ‘A’ or ‘B’ for making science exciting and fun to learn (69%) and assigning fun projects that are hands-on (66%). Students in lower grade levels, however, tend to grade their science teachers more highly than students in upper grade levels. 3-6th graders assign these higher grades more often than students in grades 7-12 (79% vs. 62% and 76% vs. 59%).

While there is always discussion about gender differences in science, allocating equal attention to boys and girls in science class doesn’t seem to be a huge problem to students. Eight in ten students in grades 3-12 (80%) give their science teachers at least a ‘B’ in this category. And half (50%) actually give them an ‘A’. Interestingly, there are no gender or grade level discrepancies in this opinion.