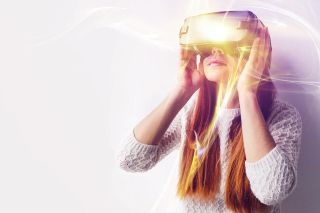 Virtual reality (VR) may be commonly used for gaming and watching videos, but there are actually plenty of ways in which it can used to educate.

In fact, many suggest that VR could absolutely transform education altogether, largely by making education much more immersive for students – which could help make lessons more interesting.

You don’t actually have to wait around for VR to change education, though: there are plenty of education-focused VR apps that are already available.

Whether you’re a teacher, a student, or simply interested in learning more about the world, here are the best VR apps for education.

Interested in learning about the vast expanse of space? Titans of space offers an in-depth tour of a number of the planets, stars and other objects in the galaxy. Plus, it does so with beautiful visuals and a well-designed overall experience. Safe to say, this app definitely makes learning about space a little more exciting than it otherwise would be.

To help show the sheer scale of objects in space, Titans of Space does things like shrink down planets to a millionth of their actual size. For example, the Earth could appear to be the size of a house. In the app, you’ll find a variety of options, including the ability to customize the tour of space for you or your students. The app is available on a variety of platforms, including the Oculus Go and the Samsung Gear VR.

Visit TechRadar for the complete list of the best VR apps for education.