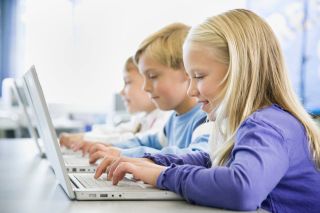 A new survey of 400 K–12 IT professionals from CDW-G has found that cloud usage is on the rise in schools. While schools delivered only 42 percent of their IT solutions fully or partially via cloud in 2014, they deliver 67 percent today. Survey respondents expect this number to reach 74 percent in three years.

Schools have moved a significant number of foundational systems and apps to the cloud:

Remaining barriers to using the cloud include security concerns (46%), student data privacy concerns (38%), and budget concerns (35%). More than two-thirds of IT professionals also say, however, that all of these barriers are getting easier to surmount over time.

READ MORE OF THE “K-12 CLOUD POSSIBILITIES: THE JOURNEY CONTINUES” STUDY AT CDWNEWSROOM.COM/K12-CLOUD-POSSIBILITIES/