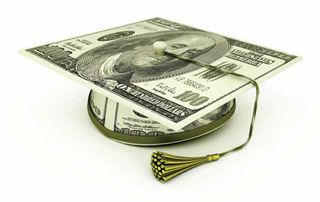 Now that the fanfare is over, it’s time to ask what the largest U.S. edtech funding program has done for schools. According to the latest survey from the Consortium of School Networking (CoSN), the answer is: not much yet (for the full report, go to cosn.org/Infrastructure2015).

For the third consecutive year, nearly half of the school systems surveyed identified the cost of ongoing recurring expenses as their biggest barrier to robust connectivity. More than one-third of districts also said that capital or up-front expenses are a challenge to increasing Internet connectivity.

In addition, districts face significant challenges as they seek to improve network speed and capacity while there is still little or no competition for broadband services in many areas. Digital equity is also a growing issue, particularly in terms of technology access outside of the classroom.

The survey organizes its findings around three major themes: affordability, which remains the primary obstacle for robust connectivity; network speed and capacity; and lack of competition for broadband services.

TRANSPORT TYPES FOR WAN OPERATIONS The high cost of Internet access remains the single biggest barrier to robust connectivity in schools today. For the third year in a row, the cost of monthly recurring/ongoing expenses was the top concern (46%) for school districts across the country. Capital, up-front non-recurring costs (34%) weighed in as the second biggest barrier to increasing Internet connectivity.

Nearly one in five of the 530 districts that responded pay exceptionally high monthly costs (over $50 per Mbps per month) for Internet and WAN connections. Although this is a significant improvement over last year, when nearly one in three schools reported paying exceptionally high monthly rates for Internet access, costs remain a major problem for many school systems. The good news is that one-third of districts pay low Internet connection fees (less than $5/Mbps a month) and more than half pay a similar amount for WAN connections.

Too many schools still lack broadband speeds, encounter major problems with capacity, and do not meet current industry wireless standards. Schools have major “pinch points” within their networks that can affect connectivity and capacity, such as inadequate connection speeds for WAN and LAN, with wireless access points that lack capacity. Adequate capacity and bandwidth are critical for educators and students to be able to utilize digital tools and resources effectively, particularly when streaming content and videos that require more bandwidth.

SIGNIFICANT BARRIERS TO INCREASING INTERNET CONNECTIVITY IN SCHOOL SYSTEMS While some school systems are making progress towards increasing Internet connectivity, the majority are still far from reaching their projected growth goals to fully utilize digital tools and resources. In addition to the up-front capital expenses and recurring monthly expenses, additional barriers to increasing Internet connectivity include the limited Internet capacity of the school system and the capacity of the Internet provider.

Twelve percent of districts reported that their Internet providers were at capacity and could not offer additional bandwidth. Another 10 percent reported that their own transport connection type was at capacity. When asked about the types of transport for WAN operation, including circuits among buildings within a school system and between the school system and the Internet connection point, 72 percent of respondents indicated that they are using lit fiber, a significant increase from 2014.

Twenty-three percent of districts reported this year that none of the schools in their system can meet the short-term broadband goal—a slight improvement over the 27 percent reporting the same problem last year. The majority of school districts (55%) do not yet fully meet the minimum Internet bandwidth recommendations at every school. Forty-five percent are reaching this goal, representing a significant improvement over the 19 percent reported in 2013.

While more and more schools are heading in the right direction, there is still significant work to be done in the majority of schools to meet immediate bandwidth goals. When school systems that meet the long-term FCC national broadband goal of 1 Gbps per 1,000 students were asked what percentage of the schools in their district have this bandwidth, only eight percent reported that 100 percent of their schools have met this goal. The percentage of districts reporting that none of their schools meet the long-term FCC goal (68%) is similar to last year’s figure.

SCHOOLS MEETING FCC SHORT-TERM GOALS Although the survey reports some progress, there continues to be a lack of competition among Internet providers. In 2014, 60 percent of districts reported being in this difficult situation. That number dropped to 46 percent in 2015. Even with this progress across the nation, there is still a significant lack of competition for broadband connectivity (Category 1 E-Rate services). This is especially true for rural school systems. Fifty-four percent of rural respondents reported having only one Internet service provider in their area. Nearly one-third (29%) of districts reported receiving one or fewer qualified providers or proposals for broadband services in 2015. This is a slight improvement from 2014, when 32 percent of respondents reported receiving one or fewer qualified providers or proposals for E-Rate services. This lack of competition among qualified Internet providers is even more of a problem in rural areas, with 38 percent of rural survey respondents indicating that they received one or fewer proposals for E-Rate services. Geography also limits competition in rural areas. Over one-third (35%) of rural survey respondents reported that geography is as significant a barrier as up-front capital expenses.

Education is going digital and will continue to become more so in the years to come. In addition to reporting on the key barriers identified above, survey respondents predicted that in three years the numbers of student devices on their networks will dramatically increase. Districts are also facing digital equity challenges for students today that will only worsen if they don’t begin to implement off-campus strategies for connectivity and access to devices now. While progress is being made, policymakers and educators will need to continue to focus on investments in robust, reliable education networks with broadband access and wi-fi to enable digital learning and address issues of digital equity.