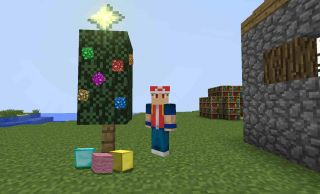 I believe in student-centered learning. Part of student-centered learning is giving students voice and choice in the classroom. A few years ago, back when I was a high school English teacher, students were assigned a culminating project on Romeo and Juliet. Students had to show what they learned during the unit in a medium of their choosing. A student approached me and asked if he could show what he learned using Minecraft. I had no idea what Minecraft was, so after having him explain the game and how he planned to use it, I approved the project. A week later he brought in a video of Minecraft characters acting out his favorite scene from Romeo and Juliet in a gorgeous, block-based Globe theater. This is how I met Minecraft.

Today, Minecraft is huge; like third most popular video game of all time huge. Minecraft and its newest acquisition, a version of Minecraft designed for schools called MinecraftEDU, are popping up in more and more classrooms around the world including our Innovation Labs. The Innovation labs are my district’s spin on the K-6 makerspace. In our Innovation Labs, we focus on design and engineering, computer science, digital arts like video editing and podcasting, and entrepreneurship using blended, student-centered instruction.

When I got to Fair Haven, I knew I wanted my kids to learn and create with Minecraft. Having never really played myself, I asked a few fourth-grade experts if they would stay in for recess and teach me how to play. They couldn’t have been more excited! On our first day, they jumped right into Command Blocks and Redstone; two amazing, yet complicated aspects of Minecraft. I had to stop them. I told them that the stuff they were showing me was awesome, but I didn’t even know how to place or break blocks. The next day, they came in with a whole new game plan. They made me a cheat sheet with all the basic commands and had made notes for themselves on what they wanted to teach me, when. I was being onboarded and kept in my Zone of Proximal Development (two terms found in education and game-mechanics). How they wanted to teach me changed, too: I was to build a creeper-proof house. These fourth-graders were teaching me using project-based learning and their excitement was contagious. It was through this fourth-grader run tutorial I realized why kids love Minecraft.

Minecraft is about freedom, a trait sorely lacking in education. Kids can build what they want, how they want, block by block. Students can augment the world using things like commands, code, Redstone, and Command Blocks. They can manipulate their creations with some amazing third-party programs that allow them to do things like import 3D models they’ve created, export their creations to programs like Tinkercad and Sketchup for further design, turn Minecraft maps into Google Maps and add Map Markers to them, they can add their own artwork, make midi music, and much more. Minecrafters are only limited by their imagination.

But for me, an educator, Minecraft is more about the skills than the building. I’ve talked about skills before and how it needs to supersede content, so instead of writing about it again, I’ll show you why.

Last week, one of my Minecraft experts, first-grader Ambroise, was upset. His class had been broken into small groups and they were asked to design the perfect community. After sketching their layouts, the group moved to Minecraft for the build-out. Ambroise felt that his group wasn’t taking the project as seriously as he would have liked, so he withdrew from the assignment.

This video is the real reason I love Minecraft in the classroom. It captures everything great about student-centered learning and showcases the skills necessary to learn with Minecraft. Some timestamps, highlights, and final thoughts are below the video. Don’t skip the video, though. It’s epic!

1:20 – While he selects the materials he’ll need for the water slide, Ambroise helps make the case for blended-learning as he reveals he learned how to play Minecraft from watching YouTube videos.

3:36 – Ambroise discusses how his older brother has built worlds with him and how they’ve taught each other different tricks.

4:51 – 12:47 – Design Thinking in action. Ambroise describes why he is building the water slide like he is and describes what he’s doing (like a YouTuber) as he builds, students come check out what he’s up.

12:47 – Ambroise keeps at it and overcomes a few obstacles he is having with the build.

13:44 – Ambroise shows a creative way to use signs to hold water in the water slide he just “thought of.” I’m clearly impressed!

14:59 – Ambroise is amused by the fact that his character is a girl!

15:49 – After a little more problem solving, he’s done! Watch as the class gathers around Ambroise cheering him on as he tests the water slide!

17:09 – The biggest smile ever as he explains what he made to his classroom teacher!
Learning with Minecraft isn’t mandatory in our Innovation Labs because, while I believe gamification, game-based learning, and game design will have an increasingly important impact on education, mandating kids play games is the fastest way to turn them into work; I don’t believe inMandatory Fun. Minecraft is just one of many options for kids to show what they have learned. And like all EDTech, Minecraft is just a tool; what matters is how you use it. I choose to use it to help facilitate student-centered, self-directed, skill-driven learning because students are using Minecraft at home to do just that. We owe it to them to bring what they’re passionate about into the classroom.

*Special shout out to Nodnam Games for my sweet new graphic and being the best (now) fifth-grade Minecraft Coach ever! Throw Nondam a sub!*