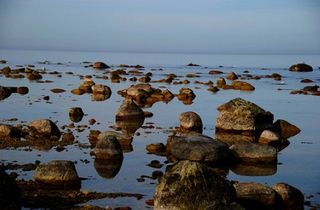 An Odyssey is defined by the Merriam-Webster Dictionary as:

1 : a long wandering or voyage usually marked by many changes of fortune 2 : an intellectual or spiritual wandering or quest

I can't help but make the association with the above definition of "wandering" ,"changes of fortune" and "quest" with my Around the World with 80 Schools project. The Quest It has been over a year, since I have embarked on making connections with and for my teachers and students around the world. The journey has been nothing short of eye opening and wondrous. When I first thought of using Skype in the classroom, I wanted to broaden my students' (and other teachers') horizon. I wanted them to say "We talked to someone in Argentina today" or "The kids in Thailand are just like us" or "Teachers in New Zealand are preparing similar lessons than I do". I wanted to bring the geography and global awareness of other countries and cultures into everyday vocabulary.

I wanted them (students & teachers) to be "awed" at the possibilities that technology can open up to us. I wanted them to be shocked at how easy and economical it was to make the world part of their classroom. Change in Fortune The "Awwws" ,"Wows" and "That is incredible" did come, but also did the "I don't have the time to prepare my students for skype calls with other classes", "It takes too much time away from curriculum content" and other variations of "It's nice, but...".

Wes Fryer says It takes leadership to get creative in schools and support the use of Skype. Wes addresses the technology (bandwidth and security) part of that equation in his post. I am venturing out to say that leadership at schools also need to be creative and understand the pedagogical value and curriculum connections that video conferencing has in terms of learning. Leadership needs to support "pioneering" educators. They need to be allowed to go through a process of experimenting, evaluating, reflecting to see the effects of regular video conferencing on cross-curricula integration, student learning, motivation and engagement. We also need to get creative in involving and educating parents. With many of them unfamiliar with the technology (which appears to include such a strikingly different method than they remember from their own school days), they might not understand the educational use for such a tool in the classroom.

There IS something more than the tool:

The Understanding The understanding that it never was about the tool (Skype or the webcam) started settling in. As students (and teachers) started to be part of regular Skype calls, it crystallized itself that it was all about the connections, the authentic experiences and knowledge we were able to bring to our students in addition to the communication opportunities. More and more students took their experiences home and asked their parents to install Skype in order for them to talk to far away grandparents or friends who had moved away.

Experiences such as learning about whales from kids in Canada or becoming the experts for other students from Michigan or interviewing Jews from around the world as part of a research project were just the beginning to help us understand that it is about an awareness for teachers and students. An awareness:

An Odyssey transforms the traveler. I believe that we are catching a glimpse of how Skype, the tool, is transforming learning and teaching. It is making a real impact on how information is accessed, who we are communicating with and how we are connecting to the world around us. Here are some journal entries from second graders about their thoughts of Skype:

If I could talk to anyone on Skype, I would choose my Au Pair, Magdalena, because I haven't seen her in a while.

Skyping is learning new things to me.

I learned how to talk to different people from different countries.

I have learned to make friends.

I would Skype with my Tante Heni, she is my aunt.

I learned about the Olympics skyping.

Skype is a way to meet new people who speak different languages.

Our students are learning and understanding that there are more available resources to them than printed material. Our teachers are starting to include potential Skype connections in their planning in order to extend learning. There is a buzz around school that has is shifting from "Where are we skyping to..." to "We are studying... and skyping to learn about..." The following video is from clips, I have been recording over the last few months. Nothing was scripted, many times just recorded when passing by in the hallway. I am hoping to continue recording students to see if a shift in their answers will also become apparent.

Around the World with 80 Schools Impressions from langwitches on Vimeo