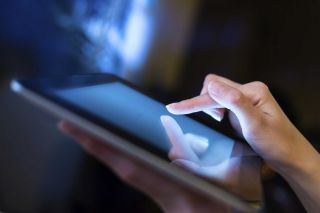 Gmail has been resistant to Google's typical product tinkering and fiddling tendencies. Gmail has remained pretty much the same for the past 6+ years.

That doesn't mean Google hasn't been thinking about the future of Gmail. Inbox by Google was a smart way of trying out some new, experimental features without putting long-time Gmail users into a panic. Inbox is a fun experiment, but not for everyone.

Based on user feedback on Inbox, Google has begun moving some of the most useful and popular features from Inbox into regular Gmail.

Once this setting has been applied users can sign into their mail accounts, click on the "gear" icon and select "try the new gmail."

Users will be able to move back and forth between the new and classic versions of Gmail until Google retires the classic version (most likely 6-8 months from now).

John Sowash creates useful resources for educators on his blog, The Electric Educator. John is the author of The Chromebook Classroom and founder of the Google Certification Academy. You can connect with John on Twitter (@jrsowash) and Instagram.