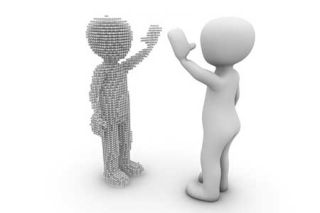 Stewart Wolpin of our sister publication, TWICE, recently attended the recent Toy Fair in New York and noticed some surprising trends: Amazon Alexa voice-recognition, AR and VR, STEM/STEAM-oriented educational gear, 3D printing, and AI/coding were particularly prominent. "Toy companies are continuing to innovate and think outside the box as they incorporate engaging tech components into their products," noted an industry spokesperson. "The good news for consumers is that technologies that were just emerging a few years ago … have become a lot more affordable.” Many of these mostly-Amazon Alexa-enabled gadgets were robots, such as UBTech's Lynx ($799). Lynx is a bit schizophrenic; it performs as an animated Echo, but asking to Lynx enables additional robot-specific functions, as well as access to additional robotic functions access by asking Alexa to speak to Lynx. Elemental Path has built its own speech-enabled AI-powered, Internet-connected line of learning companions, deployed it its CogniToys-branded Scout astronaut-like robotic toy ($99.99, September), equipped with an array of smart LEDs, an accelerometer and ambient light sensor, and capacitive touch sensors. STEM, STEAM and coding-oriented products continue to proliferate, many in name-only with no real tech involved via puzzles, memory games, construction sets that promote critical skills like problem-solving, creativity, and critical thinking. Click here to see TWICE’s choices for the 10 Of The Coolest Tech Toys From Toy Fair 2018.