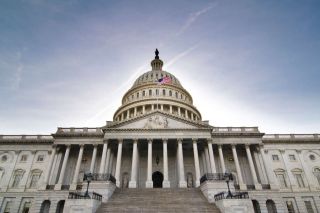 As ongoing social distancing and public health mandates have restricted travel, educators can help students experience these cultural institutions without getting on a bus, or even leaving their homes.

- Benaki Museum, Greece Showcasing the development of Greek culture, including more than 120,000 artworks from the Paleolithic Era to modern day.

- British Museum, London Explore more than 4,000 years of art and historical objects from around the world.

- National Gallery of Art, Washington, D.C Features more than 40,000 American works of art, including paintings, works on paper, and etchings.

- Van Gogh Museum, Amsterdam, Netherlands Home to the largest collection of artworks by Vincent van Gogh in the world, including more than 200 paintings, 500 drawings, and 750 of the artist's letters.

- Museum of Fine Arts, Boston A comprehensive collection that ranges from prehistoric times to modern day, featuring world-renowned paintings by Rembrandt, Monet, Gauguin, and Cassatt, plus mummies, sculpture, ceramics, and masterpieces of African and Oceanic art.

- The Art Institute of Chicago, Illinois Thousands of artworks—from world-renowned icons (Picasso, Monet, Matisse, Hopper) to lesser-known gems from every corner of the globe—as well as books, writings, reference materials, and other resources.

- The Metropolitan Museum of Art A colossal collection of art, cultural objects, and historical artifacts from over 5,000 years of human history.

- The Louvre Museum  Packed with iconic works of art, from da Vinci, Michelangelo, Botticelli, and other renowned artists.

- National Museum of the United States Air Force The oldest and largest military aviation museum in the world features dozens of vintage aircraft and hundreds of historical objects.

- Smithsonian Museum of Natural History One of the largest repositories of natural history on the planet, featuring more than 145 million artifacts and specimens.

- The Prague Castle, Czechoslovakia Prague Castle is the largest coherent castle complex in the world, consisting of palaces and ecclesiastical buildings of various architectural styles, from the remains of Romanesque-style buildings from the 10th century through Gothic modifications of the 14th century.

- The Colosseum, Rome One of the most iconic structures in world history.

- The Great Wall of China One of the wonders of the world, stretching more than 3,000 miles across multiple provinces of China

- The National WWII Museum’s Manhattan Project virtual field trip A cross-country virtual expedition to discover the science, sites, and stories involved with the creation of the atomic bomb.

- Discovering Ancient Egypt In addition to stories of the great kings and queens, learn about the ancient Egyptian gods and mummification, pyramids, and temples through interactive maps, photos, drawings, and paintings.

- Bulletin of the Atomic Scientists’ Doomsday Clock Virtual Tour Through personal stories, interactive media, and pop culture artifacts, explore seven decades of history, from the dawn of the nuclear age to the significant policy questions of today.

- U.S. Capitol Virtual Tour Video tours of historic rooms and spaces, some of which are not open to the public, research resources, and teaching materials.

- National Aquarium Home to 20,000 animals covering 800 species, from the depths of the ocean to the canopy of the rain forest.

- San Diego Zoo (plus live cams) Featuring a two-hour, behind-the-scenes tour of how zoo staff take care of the animals.

- Mystic Aquarium One of three U.S. facilities holding Steller sea lions, and it has the only beluga whales in New England.

- Slime in Space Take students 250 miles above Earth to the International Space Station to learn along with astronauts how slime reacts to microgravity compared to how water reacts.

- Great Lakes Now Virtual Field Trip Learn more about the importance of coastal wetlands, the danger of algal blooms, and a deep dive into lake sturgeon. Designed for 6-8th grade.

- Easter Island The story of a team of archaeologists and a 75-person crew who sought to unravel how the hundreds of giant stone statues that dominate the island's coast were moved and erected.

- FarmFresh360 Learn about Canadian food and farming in 360º.

- Kahn Academy Imagineering in a Box Go behind the scenes with Disney Imagineers and complete project-based exercises to design a theme park.

- Google Expeditions Expeditions explore history, science, the arts, and the natural world, from roaming with dinosaurs to taking a look at Renaissance sculptures.

20 Sites and Apps for Special Education