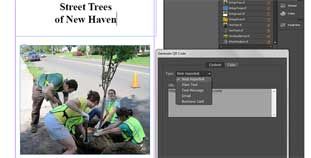 Retail Price: Pricing will differ from one district or school to another based on the institution’s FTE count.

Adobe’s impressive digital tools improve productivity and facilitate team-based workflows with painstaking attention to creativity and artistic flair. Popular industry standards (including flagship applications such as Photoshop, Illustrator, InDesign, Dreamweaver, Premiere Pro, After Effects, and Acrobat) are what professionals around the world use to do photographic image retouching, graphic design, digital publishing, Web development, video production, and print publications. These tools not only stimulate imagination, they also help us do better work.

In early summer, 2013, Adobe revamped its product line converting its desktop applications into a subscription-based online experience known as Creative Cloud (CC). You could still download and install full working copies of all the desktop applications and work offline with no Internet access, but once the subscription expired, and after a short grace period, the applications would cease to function. All applications except for Acrobat were upgraded or enhanced. Adobe introduced a new service called TypeKit providing Creative Cloud subscribers with access to a growing library of high-quality fonts to use in their Web projects. Adobe also unveiled a new social community called Behance, where members can show work in progress, get feedback, and share resources for use with applications like InDesign CC and Flash Professional CC.

For large-scale deployment in K-12 classrooms and computer labs, Adobe recommends that schools purchase Creative Cloud products under an Adobe Education Enterprise Agreement (EEA). The Enterprise Agreement allows technology departments to deploy software anonymously to designated workstations via the new Adobe Creative Cloud Packager (both Mac and Win), instead of requiring each user to download and install the application. Only authorized school or district personnel can deploy new updates. Only authorized administrators can access updated Creative Cloud software via Adobe’s Licensing Website (LWS).

Quality and Effectiveness
The Creative Cloud (CC) moniker suggests that all applications are cloud-based. This is true, but with additional benefits. If you purchase a CC product subscription, not only do you get a full working application installed on your computer, but also updates and upgrades for each subscribed product as it becomes available. The previous version of Adobe’s Creative Suite 6 gave licensed users free access only to “updates.” Upgrades containing new features, released about once a year, were available for an additional fee.

Ease of Use
Most Adobe products share a similar look and feel, with common toolbars, drop down menus, commands, panels, keyboard shortcuts, and tools like the Eyedropper, Smart Guides, Paste in Place, and Edit. Tools in one program may appear in several others. This means there is an increased comfort level and a decreased learning curve for users exploring the applications.

Common application tools and a similar look and feel notwithstanding, don’t expect to become an expert with an Adobe application in just a few clicks of the mouse. For example, the new Dreamweaver CC claims that it has fewer panels, dialog boxes, and menu items than Dreamweaver CS6. Yes, a much simpler user interface ultimately means it takes fewer clicks to accomplish a task. But any program with an industry standard world-class reputation requires time to learn. Rest assured however, that Adobe provides many “getting started” tutorials, help guides, and video demonstrations of special features for new or inexperienced users.

Creative Use of Technology
Administrators, teachers, and staff in PreK-12 public schools use Adobe products for a variety of tasks. They use Photoshop, Illustrator and InDesign to produce high quality print and electronic forms, announcements, and flyers and content for display on multiple devices. Adobe tools are used to design and maintain school and district Web sites. Finally, Adobe applications can prepare documents for archiving or convert read-only PDF files into editable formats. But Adobe products are also about creativity. For example, in the Greenfield MA PreK-12 district where I work as Technology Coordinator, several students in our high school and middle school use Adobe products for a variety of digital video, photo editing, yearbook design and page layout projects.

Enhancement and new features make Creative Cloud products more versatile than ever before. For example, Photoshop CC now features a shake reduction filter that helps sharpen an image by reducing the blur from handheld camera motion. It also has a new Camera Raw feature plugin, enabling users to adjust an image in nondestructive ways (e.g., without altering the image if you decide to revert to the original) directly inside Photoshop rather than in a separate window. You can apply rounded rectangles to existing shapes, then resize, edit and re-edit the rounded rectangle as necessary. You can sharpen images with the Smart Sharpen tool (softening the change to minimize the background noise that results) or use the new “Preserve Details” feature with the Reduce Noise option to enlarge a low-res image while retaining detail and sharpness for print (see above). InDesign features a QR Code creator (Quick Response Code) that lets you create a graphic data code that can link to a Web hyperlink, plain text, text message, email, or business card. It can also be resized, colored and edited without compromising quality. Completed QR code designs can be copied into a vector editor application like Adobe Illustrator (see below).

Adobe Illustrator CC comes with a Touch Type tool for more precise type manipulation of each letter in a text selection (e.g., rotate, scale proportionally, scale width, scale height and move). Adobe Edge Animate CC includes a new motion paths tool to create interactive Web animations that display on multiple browsers and devices. Adobe Muse now gives users the ability to create Web sites by adding objects and widgets from a design library eliminating the need to write code. There are too many features and enhancements to mention them all in this brief overview. Suffice it to say that the Adobe CC brush has touched all tools except for Acrobat.

Suitability for Use in a School Environment
School personnel installing Adobe CC products on local computers should understand that an Education Enterprise Agreement governs product installation in new ways. In the old days, a district purchased an Adobe license, then downloaded and installed the software on a computer. If Adobe released updates, the tech crew could install those updates at no charge. If Adobe released an upgrade, authorized school personnel could download and install them at additional charge. But if the school chose not to install the upgrade, the program could still be used on the installed computer for as long as necessary or compatibility issues did not arise.

With the new Enterprise Level Agreement, installed desktop applications will attempt to validate existing software licenses every 30 days. Adobe states: “Those with annual subscriptions can use the applications for up to 99 days in offline mode. Month-to-month members can use the software for up to 30 days in offline mode. After expiration, the desktop applications will remain on the school computers but will become inactive after a short grace period.” This means that unlike installation of Adobe CS6 for example, the software will not remain usable indefinitely.

Additionally, while access to the Behance ProSite community is available free of charge to Creative Cloud for Individuals and Creative Cloud for Teams subscribers, Education Enterprise Level licenses allow institutions to limit Behance access (more on that below). ProSite is a personal portfolio site service that syncs with the Behance community creative content producers and projects. Most schools will want to limit syncing between school and personal portfolios of work and TypeKit fonts and throttle viewing streaming to safeguard network security and manage bandwidth.

Even though the new Adobe Creative Cloud desktop app allows users to download and install the latest product updates, track comments posted to shared files and manage installed TypeKit fonts, school-based users are typically prevented from doing any of these tasks. In most schools, students will be denied access to the Behance community because some projects uploaded for sharing on Behance are inappropriate for student viewing. Adobe makes no provision for granular controls, i.e., allowing access only for a designated whitelist of users access. The only way to limit access for some users is disallow all users access to www.behance.net via district Web filters. Thus students may not be permitted to upload work in progress directly from Photoshop CC or Illustrator CC to get feedback from among others in the Behance community.

OVERALL RATING
Common Core standards for English Language Arts integrate digital media and technology tools at every grade level. For example, Anchor Standard 6 (Writing): Production and Distribution of Writing states that students must be able to “use technology, including the Internet, to produce and publish writing and to interact and collaborate with others.” Similarly, the Speaking and Listening Anchor Standard 5: Presentation of Knowledge and Ideas, calls on students to “make strategic use of digital media and visual displays of data to express information and enhance understanding of presentations” (http://www.corestandards.org/ELA-Literacy). Adobe Creative Cloud applications enable students to address those standards in creative ways.

Students who work in collaborative settings with real world, industry standard applications such as Adobe Creative Cloud can integrate digital media and technology tools into every project. When they work on authentic real world projects, they use the same tools as the experts. Activities that result in students sharing work with others and publishing for global audiences on the Web often lead to increased personal interest, attention to details, engagement, and focus. Such projects include shooting and enhancing photos to illustrate their work, publishing newspapers and yearbooks, designing flyers for classroom events, and producing videos on special themes (e.g., an imagined interview with a past or present astronomer, artist, composer, writer, poet, playwright, or popular media figure; book and movie reviews, video trailers, overviews of high school courses currently being offered, foreign language cooking lessons, etc.). Under the new Common Core standards, hands-on experience with the real world is a necessity, not a luxury. Isn’t it time you provided your students with the industry-standard applications they need to do the job done right?

Top three reasons why this product’s overall features, functionality, and educational value make it a good value for schools

1.Students work with the same industry standard tools that experts use

2.Updates and upgrades are free and available upon release

About the Author: Carol S. Holzberg, PhD, cholzberg@gmail.com (Shutesbury, Massachusetts) is an educational technology specialist and anthropologist who writes for several publications and works as the District Technology Coordinator for the Greenfield Public Schools (Greenfield, Massachusetts). She teaches in the Licensure program at the Collaborative for Educational Services (Northampton, MA) and the School of Education at Capella University. As an experienced online instructor, course designer, and program director, Carol is responsible for developing and offering training programs and support for faculty and staff on technology for teaching and learning. Send comments or queries via email to: cholzberg@gmail.com.