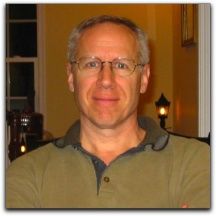 The struggle within modern society regarding the adoption of new technologies has been framed as a dichotomy between those who oppose its tendency to redefine culture and those who embrace it. However a new paradigm has emerged among the young generation that sees beyond the bipartisan debate, rendering the debate itself irrelevant. This sense of irrelevancy among a whole new generation is mistakenly viewed as disinterest by the two sides of debaters.

A clear example of this is the debate concerning social networks. I choose this example because social networks are a defining characteristic used to describe the advent of Web 2.0 as the transition from the web as a static tool of document storage to an interactive network inviting collaboration at all levels. Clay Shirkey, author of Here Comes Everybody (2008), notes on his online blog that social networks like Facebook, MySpace, and Twitter – among a host of others – show us “what happens when people are given the tools to do things together, without needing traditional organizational structures” (http://www.herecomeseverybody.org). In his book, Shirkey goes on to explain, “You can think of group undertaking as a kind of ladder of activities, activities that are enabled or improved by social tools. The rungs on the ladder, in order of difficulty, are sharing, cooperation, and collective action” (Shirkey, 2008, p49). Social networking sites offer the tools to level the playing field from the old hierarchical, top-down structure of the corporate era to the new, horizontal, and collaborative structure taking form on the world wide web.

Still, the use of this new social networking tool is somewhat extrinsic to our daily routines. Social networking, while popular and perhaps even fundamental, has not yet become elemental to our existence. As Shirkey notes, “Communications tools don’t get socially interesting until they get technologically boring... It's when a technology becomes normal, then ubiquitous, and finally so pervasive as to be invisible, that the really profound changes happen” (Shirkey, 2008, p105). The real shifts occur not with the introduction of new technologies but with their large scale adoption. Today such social networking tools have passed beyond personal, spare-time use to full-scale corporate communications tools. Phillip Rosedale, the founder of the most populated of virtual 3D environments known as Second Life, has discovered an increasing trend among corporate executives to adopt such social networking tools as foundational to a company’s 21st century progress. In a recent talk, Rosedale explains how such virtual environments unleash creativity that could not occur otherwise (Rosedale, 2008). Mr. Rosedale futher describes how the 3D interactive environment will be the next wave to sweep over the internet community of social networkers. The exhilaration of participating live with anyone and everyone around the globe is incomparable to the limiting asynchronous social network custom of sharing information via email and text chat. The difference is as drastic as the difference between the telegraph and the telephone as modes of conversation. Even the new White House administration has opened its doors inside the virtual world of Second Life. Virtual worlds offer the next step to the merging of technology with human identity and practice in daily life. The domain of education is one of the fastest growing segments within online virtual environments (Rosedale, 2008).

Social networks – despite their performance, promise, and potential – are not without controversy. Like so many other technological innovations, social networks are accused by many of impacting society and education negatively. Perhaps foremost is the claim of distraction. Another complaint is the seeming identity crisis caused by technology. Such claims center on the ability of chat room participants to be whomever they please apart from real-life gender and age restrictions. The same holds true for 3D virtual environments where participants can have multiple personalities represented as Avatars. There is even the editorialized claim that the vast storehouse of knowledge available on the Internet has the tendency to narrow our minds as we associate with those with whom we tend to agree rather than mix with others of opposing views.

Regardless of the criticism, research is underway to determine the extent to which virtual technologies enhance constructivist learning. Ray Kurzweil is a capital venture biologist from MIT whose company tracks trends in several modern technologies, both electronic and genetic. His 2006 speech explaining how technology will affect us (Kurzweil, 2006), describes in specific detail the exponential curve which seems to begin its advance at a snail’s pace but then increases to such a speed that the ultimate change produces a paradigm shift in society at large. Thomas Friedman, author of the bestseller, The World is Flat (2007), corraborates Kurzweil’s findings when he announced in a 2007 speech given at M.I.T., his belief that we are at the end of the beginning stages of the technology explosion (Friedman, 2007). These two voices among so many do not ignore the inherent dangers of innovation apart from thoughtful dialogue. However they also do not shrink back from the inevitable developments that lie ahead.

Education’s dual role as liberator from the shackles of ignorance as well as steward of the common culture, unveils the increasing burden of responsibility placed upon its institutional shoulders. As the technology explosion continues world-wide, society’s call for education’s timely response sounds louder than ever before. The conclusion of this debate over the use and usefulness of technology in society as a whole – and within education in particular – does not infer a solution but rather an adoption of a new paradigm from which to view the inevitable merging of the electro-mechanical with the electro-chemical. Perhaps society’s evolution is at a pre-adolescent state as evidenced by our inability to come to terms with our identity; not certain of who we are or what we are becoming and all the while uncomfortable with not knowing. For the sake of definition, let us label this new paradigm, the Cyborg learning theory – since the cyborg represents the hybrid of cybernetic organisms containing elements of both the human and the machine. Cyborgs do not view technology as other or separate from human but rather see technological advance on par with human evolution; both, one and the same. The adoption of the new Cyborg learning paradigm will equip our institutions to adapt more readily. Rather than debating issues of divides and gaps with regard to access and training in new technologies, the new paradigm would allow education to focus on preparing a generation to adapt to the unavoidable rapidity of changes they will face. Learning how to learn will become the new curriculum because what we know will become decreasingly useful as obselecence becomes as familiar as exhaling. This adaptation to Cyborg learning theory will allow the next generation to assimilate their destiny and be educated to bear their responsibility as stewards of their culture for the sake of future generations.

Dallas McPheeters is an Instructional Technology Liaison for the Tucson Unified School District in Arizona and author of
www.GreenBananaBlog.org where he thinks critically about senseless contradictions. You can reach Dallas for comments or questions at dallasm12@gmail.com.