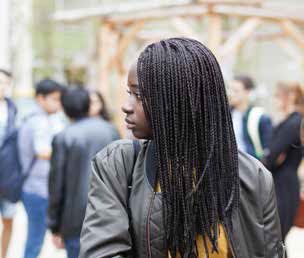 According to new research from Common Sense Media, kids value the news media and feel smarter when they’re informed—but they also have significant concerns. The report is based on a nationally representative survey of 10- to 18-year-olds. Key findings include:

● 70 percent say the news makes them feel smart and knowledgeable.
● 50 percent say that following the news helps them feel prepared to make a difference in their communities.
● When asked where they got their news “yesterday,” 63 percent said they got news from their family, teachers, and/or friends, 49 percent from online media, and 46 percent from traditional media.
● The issues that matter most to them: education (76%), technology (72%), things that affect their neighborhoods (67%), and the environment (64%).

Kids feel neglected and misrepresented in the news.

The news scares and depresses kids.

● 63 percent say the news makes them feel afraid, angry, and/or sad and depressed.

Kids are often fooled by fake news and many distrust the news media.

● Less than half (44%) agree they can tell fake news stories from real ones.
● Only 25 percent put “a lot” of trust in the information they receive from news organizations.

Kids trust their families and teachers for news more than any source, but they prefer to get it from social media.

● 66 percent say they trust the news they hear from family “a lot,” with teachers being the second-most-trusted source (48%).
● 39 percent prefer online news sources (36% prefer news from family, teachers, and friends, and 24% prefer traditional media).
● 76 percent of those who use social media receive news and news headlines from these sources (the most common source is Facebook, followed by YouTube).

For a link to the full report go to www.techlearning.com/april17