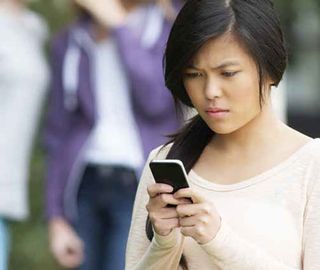 I stumbled across this post on the Washington Post web site: “Millions of Teens Are Using a New App to Post Anonymous Thoughts, and Most Parents Have No Idea.” It turns that our students now have access to a high school version of the app Yik Yak called “After School.”

Yik Yak has been quite popular among college age users for some time. For those not familiar with Yik Yak, or the high schooler app After School, these apps allows users to post messages anonymously that only other users in the general vicinity of the message poster can see. Apps like Yik Yak have been implicated in posting anonymous threats and cyberbullying online. What’s more, this “After School” app is also at the heart of possible postings of cyberbullying and postings where users threaten to bring guns to school.

It is easy to sound the alarm when these kinds of social media platforms arise, but it turns out that this particular app has been around at least a year. It appeared in the App Store and the Google Play Store last fall according to web site Fusion, but it was removed twice because it was used for cyberbulling and posting gun threats. It returned this past April, and its developers claim to have a whole bunch of new safety features, including algorithms that block certain words and it is also said to use human reviewers who examine each post.

For those of us familiar with web filters in schools, we know all too well that the best of these kinds of safety measures are far from foolproof. Many students are masters at trying to get things through the filters, and we’ve given them years of practice. But my beef with After School actually goes beyond that and is captured best by a question: Why in the world would we give high school students an anonymous platform like this when we know from experience that many are not ready to handle the freedom of any posting much less “anonymous posting?” It seems to be the equivalent of giving students the keys to a sports car with a cooler full of beer in the front seat and simply telling them not to drink and drive. After School is simply a platform that has the potential to facilitate irresponsiblity and possibly dangerous cyber-behaviors because students often thrive on web anonymity.

What’s more, I take exception to After School’s FAQ page which seems to suggest by its language there that schools have somehow endorsed this product. On that page it states at the very top, “Anonymous and Private Message Board for Your School.” Those words seem, at first glance, to make a link between the message board in After School and the school the student attends, but that is far from the case. The school and its administration have no connection, control, or power over this product. That’s why many school administrators are quite upset about this product.

I am not sure an all out panic about this product is warranted, but I do think we need to educate both our students, and especially our parents about the potentially dangerous uses of this app.

We also need to make clear that this app basically allows students to set up their own cyber community, totally disconnected from our schools, that is supposedly monitored by this company. We as parents and educators, by allowing our students and children to use this app, are placing a large amount of trust in algorithms and faceless individuals out there somewhere to monitor the safety. The truth is, we at the school and district level, with all our web filters and cyber-safety gadgets have an extremely difficult time with cyberbullying and web threats. What on earth would make us think that out there in cyberspace a company can do that better?

I don’t usually rate apps with thumbs up or thumbs down, but this one gets double thumbs down because it is a potential cyberdisaster at every school.