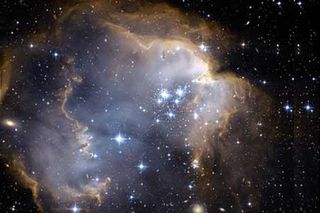 Billions and billions of galaxies populate the universe. The Hubble Space Telescope has unmasked many of them in two of the clearest, most distant views ever obtained, called the Hubble Deep Fields. One view peers northward; the other southward. Scientists have used mathematics to unlock many galactic secrets hidden in these two views. In this activity, students use sample statistics based on actual HDF data to unravel some cosmic mysteries. Complete with interactive animations and data log sheets for eager learners and data collectors, this cosmic exercise will engage all types of learners.